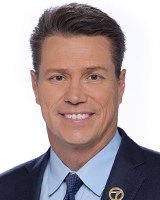 Posted in Editorials By TomWhitakerPosted on December 27, 2019

Well this has been an exciting topic to cover. Yesterday Afternoon ABC7 Sports Anchor Curt Sandoval gave a preview of the Angels and Rangers series as he decided to throw in a pretty nice joke. Sandoval would go on to joke about how bad the Angels are, and well some fans did not like that one bit.

One fan tweeted Sandoval and asked why was there so much shade towards the Angels, he responded with the Truth Hurts folks. The Angels would go on to win yesterday.

After the game was over, it was time for Sandoval to give his game recap of the Dodgers and Angels, but before he could do that, he wanted to let everybody know that Halo HQ was on his mind. Take a look at the video below of him.

Yes there might have been a twitter debate last night. You can say the Angels did all the talking as they proved they are far from being bad. Still a lot of baseball to be played.