Posted in Halo Results By TomWhitakerPosted on June 17, 2020 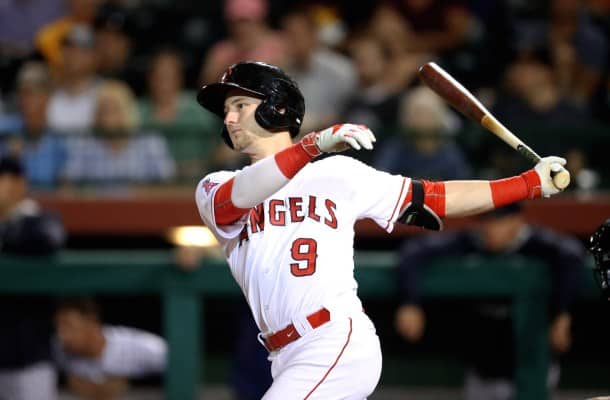 Now that the Arizona Fall Stars game has passed, we have officially entered the last half of AFL baseball. The Scottsdale Scorpions do not look like a playoff team with a record of 8-14, but there is plenty to look forward to in Angels prospects. There are now six Halo prospects showcasing their talents in the Grand Canyon State, as Victor Alcantara was dealt to Detroit on Thursday for Cameron Maybin.

Taylor Ward continued his superb play this week, as he went 4-for-9 with two RBIs. He is now hitting .342 for the season. Ward was the lone Angels prospect in the Fall Stars game on Saturday. He caught in second half of the game and drew two walks in his two plate appearances.

David Fletcher also stayed hot this week. He went 3-for-9 with a RBI, a walk, and a stolen base. The past two weeks have been a strong showing for him, promising for an organization who need middle infield depth. Michael Hermosillo did not see the field this week, but he should see more playing time as the season goes on.

Eduardo Paredes led the way on the mound this week for Halo pitchers. He threw two innings of relief, allowing one run on three hits. Grayson Long also pitched this week, but did not fare well in his lone inning of work.

He gave up two earned runs on three hits and a walk. Adam Hofacket again did not see any playing time this week. He only has three appearances this season. Former Halo Victor Alcantara gave up two runs in one inning of work the day before he was traded. He has a 14.14 ERA this season and will most likely continue pitching for Scottsdale rather than Salt River despite the trade.