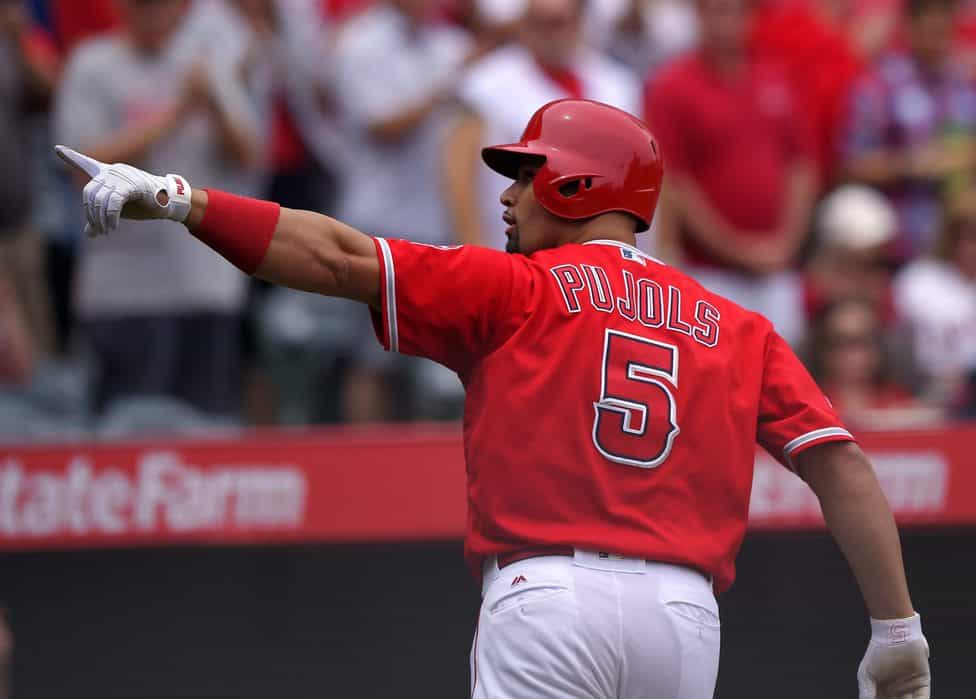 Posted in Halo Results By TomWhitakerPosted on January 12, 2020

Albert Pujols has made history against the Kansas City Royals Monday night as he launched his 564th home run at the Big A.

Albert Pujols would go a long hitless streak, but that would not stop the determination and passion that comes from the big red machine. In the Angels 9-4 loss to rivals Mariners, Pujols would tie Reggie Jackson on the all time home run list, and it did not take long for the big man to over take Mr. Jackson. Pujols snapped a 26 at bat hitless streak and has finally found his groove. Congrats to Albert Pujols as he launched his 564th homer to the rocks.

After his home run against the Mariners, Angels beat writer Alden Gonzales talked to Pujols on his struggling ways and what the future holds for him.

“Sometimes when they come, they come in bunches,” Pujols said. “When you struggle, you just struggle. The main thing is to stay positive all the time. I’ve been in this situation before. I know how to get out of it — don’t force anything. Just go out there and do what I have to do.”

“I know that I have the talent and the ability to play this game,” said Pujols, his batting average up to .153. “The Lord has given me that. Just stay positive all the time, even through times like this.”