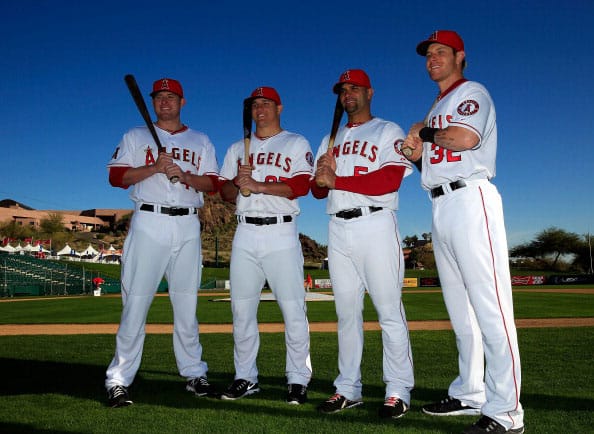 Posted in Halo Results By TomWhitakerPosted on February 11, 2020

Anaheim – The Los Angeles Angels, were possible the worst team in baseball the last five games, as they were on a losing streak that had fans not watching their games at all. For me, it was hard to watch as the offense and pitching slowly fall apart in each game. However with the day rest, The Angels rebounded against the Rays as they blew them out 8-2. On the mound for the Angels was Matt Shoemaker, as he was rumored to be possible be put in the bullpen as his last three outings has been nothing but a failure. Today was a different story, as Shoemaker went 6.1 Innings, with only allowing five hits and two earned runs. Those two runs came in the 6th Inning when he was pulled, but Shoemaker could have been in control because of the lead he had throughout the whole game. Any pitcher in the MLB with run support will give them more confidence and that is what Shoemaker had. In the first Inning, it was all Kole Calhoun as he doubled home Erick Aybar to give the Angels a 1-0 lead. With the bases juiced, Carlos Perez hit a sharp grounder to the third basemen, and drove in Calhoun. Angels led 2-0 after one Inning.

The Big Red Machine, who was on fire during the losing streak, kept that fire alive, when he hit a line drive to right field to give Pujols number 536! Albert Pujols ties Mickey Mantle on the all time home-run list. Congrats to Pujols on this great achievement.

But Pujols was not done yet with moving up in the leader board. With a double in the 3rd Inning, Pujols would pass George Brett on the all time extra base hit board. George Brett was known for his great speed and power with the Kansas City Royals. Another great memory Albert Pujols will remember. Congrats Again! Below is number 1,120 extra base hit.

With the Angels in control with their offense and pitching, it was no turning back. Kole Calhoun would once again join the party, as he hit two more singles that would bring in three runs total. Calhoun had another great night at the plate finishing with 3-5 with 4 RBI’S. Everybody thought Calhoun in the clean up spot would be a mistake, yet he is one of the only Angels to bring in consent runs. Great move. Matt Shoemaker would get his fourth win of the season as the Angels blow out the Rays 8-2.

LIGHT THAT BABY UP.