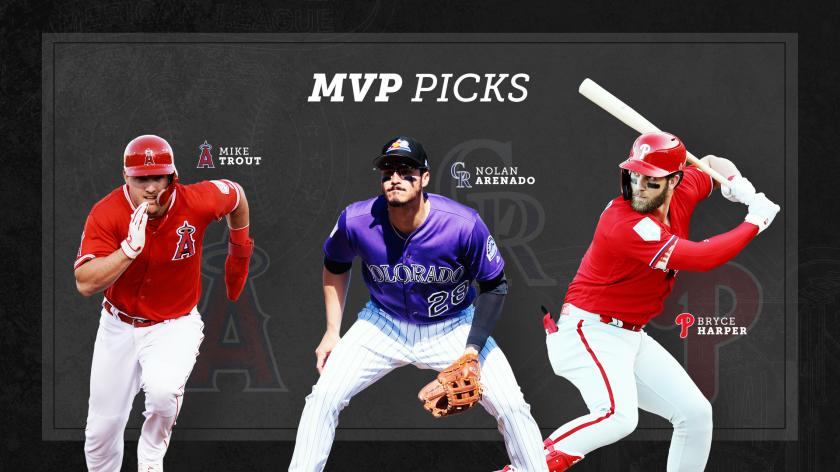 Posted in Editorials By TomWhitakerPosted on September 14, 2019

Just kidding, but, HAS COME BACK TO PREDICTIONS!
With the baseball season dwindling down to its final quarter, the award conversations start to heat up, as do the playoff races. With that in mind, I give you my year end award predictions.

As much as I wanted to give Sonny Gray this award, I couldn’t quite pull the trigger. I think both men of these men are deserving of this award, but Keuchel gets the nod due to the fact that the Athletics are in the basement of the AL West while the Astros are the division leaders, and Keuchel is a big reason why. The reigning gold glove winner, Keuchel has put together a fantastic 2015 campaign. In 24 games started, Keuchel is 14-6 with a 2.36 ERA. For those interested Keuchel is also a AL leader in the more analytical statistics, but more importantly, Keuchel is the ace of a team who have been the definition of basement dwellers since 2005. Now, Keuchel is leading the team to an AL West crown and thats certainly the most impressive statistic.

How many MVP awards does baseball still owe him? While his numbers may not be as gaudy as previous years, Mike Trout is still showing why he’s the best player in the game. Although a recent slump has let his batting average dip below .300, Trout still finds himself right in the hunt for the lead in a number of offensive categories. Trout is also still the AL leader in overall WAR with a mark of 7.1. Josh Donaldson is certainly giving him a run, to if nothing else make this race a conversation but if history is any indication, Trout should break out of this offensive slump and power the Angels to the playoffs.

The incredible story of A-Rod’s career just hit a new echelon. Coming into this season it was debated whether A-Rod should show his face in baseball again, or for that matter if any team really wanted all of that extra baggage. So here we are, a quarter of the season left, and I don’t think there is any doubt that Alex is the leagues comeback player of the year. After sitting out an entire season, after turning into the Harvey Dent of baseball, Alex has once again found his power stroke. He may still be the most hated player in the league, but take away his name from his stat line and you’ll still be impressed. A .262/.496/.866 slash line to go along with 24 HR’s and 64 RBI. In my personal opinion, A-Rod was snubbed of All-Star spot but there’s no chance he’ll get the snub on this award, and good for him because he’s more than likely getting drug tested every other series.

If the Astros end up winning the AL West, I could see this award going to AJ Hinch, but since it’s not a guarantee, I think Gibbons deserves strong consideration. The Blue Jays now hold the dreaded spot of longest playoff drought. 1993 is certainly a long time to wait for postseason baseball, but if Gibbons can lead this extremely dangerous and dynamic group to October, he will without a doubt get strong consideration. Manager of the Year is a tough award to try to predict, as I believe both Hinch and Gibbons are worthy candidates. If both the Astros and Blue Jays make the postseason, it will really be splitting hairs to decide the honor.

If you haven’t gotten the chance to watch Correa this season, don’t worry, because this kid isn’t going anywhere. Correa, who is already widely considered to be a top talent at his position, has taken the league by storm since his later-than-expected debut on June 8th. Since that time however, Correa leads the team in hits, and this is a team that leads a division race which makes those hits even more valued. Baseball is absolutely rich with young talent like Correa, which is doing nothing but enhance the product on the field and help Major League Baseball move into the post-steroid era.