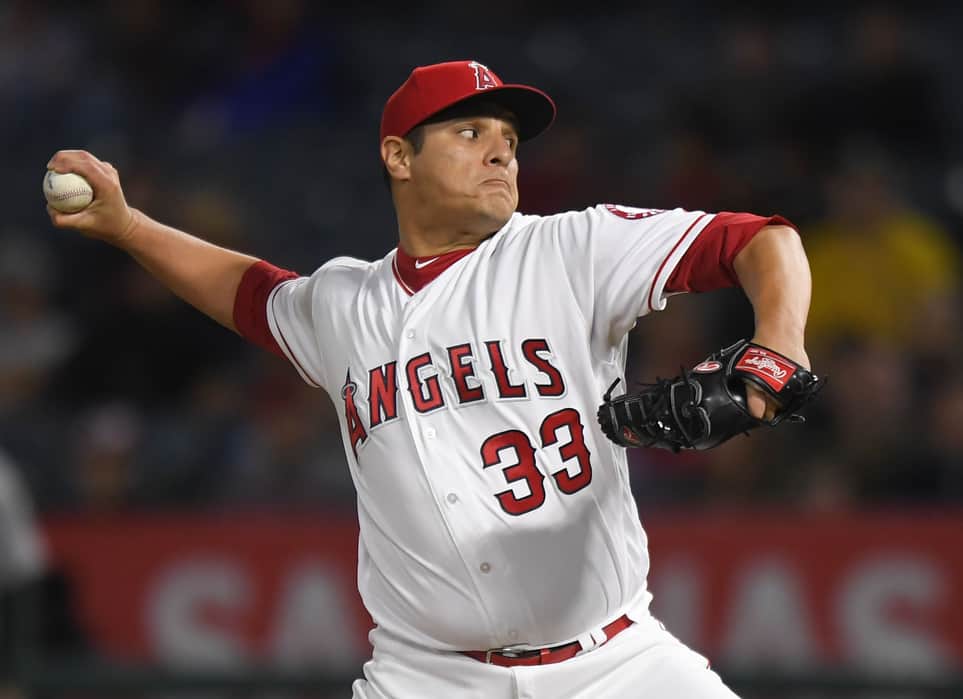 Posted in Halo News By TomWhitakerPosted on February 28, 2020

Going into the 2017 season, no one expected the Angels to lose Huston Street, Andrew Bailey, and Cam Bedrosian all in the month of April. On Monday the Angels added veteran right-handed relief pitcher David Hernandez to help stop the bleeding that’s happening in the Halos pen.

The 31-year-old Hernandez was acquired from the Braves in exchange for a player to be named later or cash. He is not currently on the Angels 40-man roster, but that could change quickly with all the relief pitchers on the disabled list.

Most recently Hernandez pitched with the Philadelphia Phillies in 2016. He finished the season 3-4 with a 3.84 ERA in 70 games with one save. He’s not an elite weapon at out the bullpen, but has been a quality arm for a number of years now.

This season Hernandez was pitching in the Braves Triple-A organization. He appeared in seven games with a 1.12 ERA and four saves with nine strikeouts and allowed just one earned run. The Braves bullpen has really no need for Hernandez and he was basically just a depth signing for them.

The Angels needed to make a move as their bullpen options have quickly become limited. Most likely Hernandez will join the Halos MLB team immediately and jump into a late inning role.