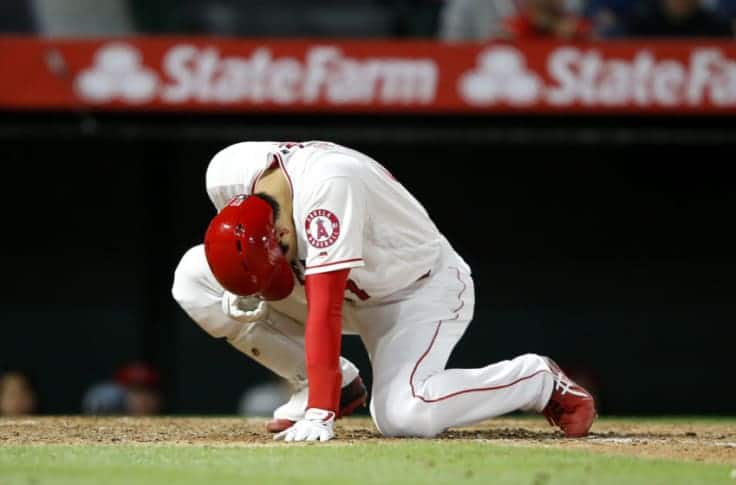 Posted in Editorials By TomWhitakerPosted on January 13, 2020

Should the Angels be concerned by all their injuries? We’ll get the answer out of the way first; absolutely, unequivocally yes. Losing Luis Valbuena and Huston Street was somewhat concerning, but nothing to panic about. Valbuena re-agrevated a previous injury, which is always concerning, but he was only supposed to miss a few weeks.

Indeed, he’s already slated to begin his rehab assignment. Losing Street was even less concerning, as he shouldn’t really be relied upon to stay healthy for any length of time, anyway. With the news of Garrett Richards transfer to the sixty-day DL and Cam Bedrosian hitting the DL with a groin injury, now is the time to panic.

It’s true that it’s still very early, and although the Angels have shown no sign that they’re any better than the team that struggled all season last year, there’s still plenty of time to bounce back. After watching the season swirl down the drain due to injury last year, though, having the injury bug strike this hard, this early, is concerning.

To say the least. Richards is arguably the one player, (outside of Trout,) the Halos just couldn’t afford to lose for any length of time. Bedrosian is their best bullpen piece, and with no Street and no Andrew Bailey, they have no closer. Bedrosian and Richards are arguably the Angels’ two best pitchers, so losing both like this is – you guessed it – concerning.

The Angels just couldn’t get anything going last season when they lost every halfway decent pitcher they had to some sort of long-term or season-ending injury. Now they’ve already had to place four important rotation pieces on the DL less than a month into the season.

Richards’ situation seems the most bleak when you consider how vague the details of his injury are. Couple that with the fact that he’s still trying to avoid Tommy John surgery after missing almost all of last year, and it just doesn’t seem good. So, should we hit the panic button? Yes. Yes. A million times, yes. The panic button should be broken from overuse at this point. Basically, we should be concerned.

Should the Angels be Concerned by their Injuries?
Scroll to top