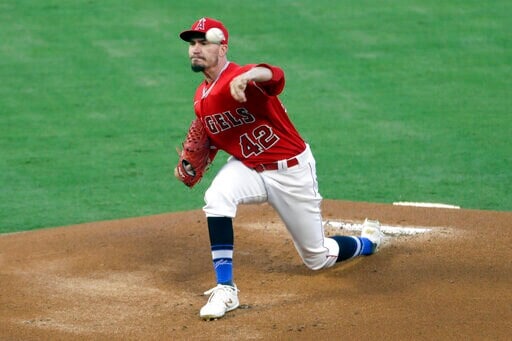 Posted in Halo Results By TomWhitakerPosted on December 4, 2019

The Angels break ground against the Mariners as they capture a win against the Seattle Mariners. Somehow the offense woke up after stumbling after losing 12 games. They were able to emerge victorious against division rivals the Mariners.

To start the game Cano Homered to off of Matt Shoemaker. Not wavering , shoe regained his stuff and pitched well enough to keep the Mariners at bay.

The Angels were able to rally early in the first inning. Pujols was able to manufacture run tying the game at one. Simmons followed up with a double giving the Angels a two run lead. Shoemaker was solid for the most part. Surrendering a total of two runs to the Mariners.

Bandy was able to help with the effort by hitting a solo shot of his own. And RBI single and a double would put the Angels up 6-2. Thankfully the homer came up, Cruz homered to bring them closer.

It then turned into a drama filled ninth inning. The Halos bullpen really struggled to keep the lead. Giving up 2 runs. Mike Zunino homered to bring them within reach. Thankfully the Angels were able to bounce back and get the Win.

Shoemaker is proving his worth to the Angel team by putting up a solid performance for his team. Finally reviving some much needed run support for the Shoe

Escaping a lot of shaky citations he was able to walk away with a win. A much much deserved win for the right-hander.

A scary day for the halos. No matter they were able to squeeze out the victory early. Angels win 6-4.

Hopefully the can pull a few more victories to prevent themselves from being dead last in the American League west. Hopefully.

The Angels emerge victorious against Mariners
Scroll to top