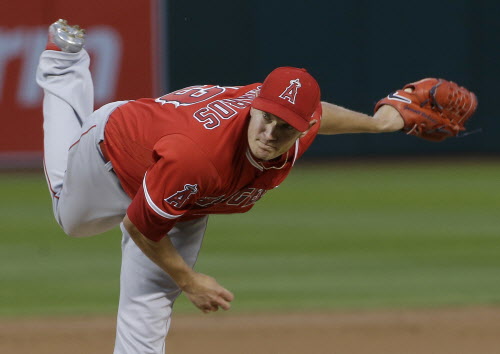 Posted in Halo News By TomWhitakerPosted on February 1, 2020

Los Angeles Angels pitcher Garrett Richards has been placed on the 10-day disabled list due to an injury to his biceps.

Per MLB.com’s Maria Guardado, Richards’ DL stint is due to a right biceps strain and is retroactive to April 6.

This is another setback for Richards after he tore a ligament in his elbow last season and made just six starts with a 2.34 ERA and 1.33 WHIP.

Mike Morin was recalled from Triple-A Salt Lake in a corresponding move. The news on Richards has been generally positive, as an MRI revealed his elbow is structurally sound, yielding a diagnosis of nerve irritation in his biceps. However, the injury, which forced Richards from Wednesday’s game after 4.2 innings, will result in him missing at least one start.