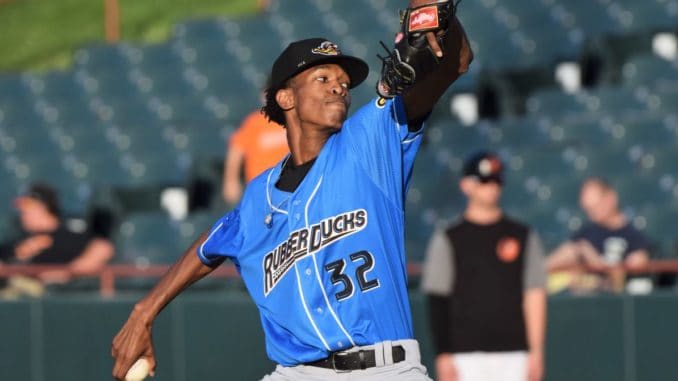 Posted in Halo Results By TomWhitakerPosted on February 18, 2020

It was an eventful day for Halo prospects, as both C Taylor Ward and CF Michael Hermosillo went a combined 4-for-5 in the Scottsdale Scorpions’ 9-6 win over the Glendale Desert Dogs on Tuesday.

The game garnered tons of media attention for NFL quarterback turned Mets future left fielder Tim Tebow being on the Scottsdale roster. Tebow went 0-for-3 in his debut.

Ward, who ended the season with Class-A Advanced Inland Empire, stole the show and went 2-for-2 with two doubles and three RBIs. Ward hit .249 this season, but a strong showing in the AFL could boost both his confidence and stock for next season.

Arizona native Hermosillo, who was teammates with Ward in Inland Empire, went 2-for-3 out of the leadoff spot with a double and two runs scored.

Grayson Long, Victor Alcantara, and David Fletcher did not see any playing in the season opener, but they should see some as the season goes on.