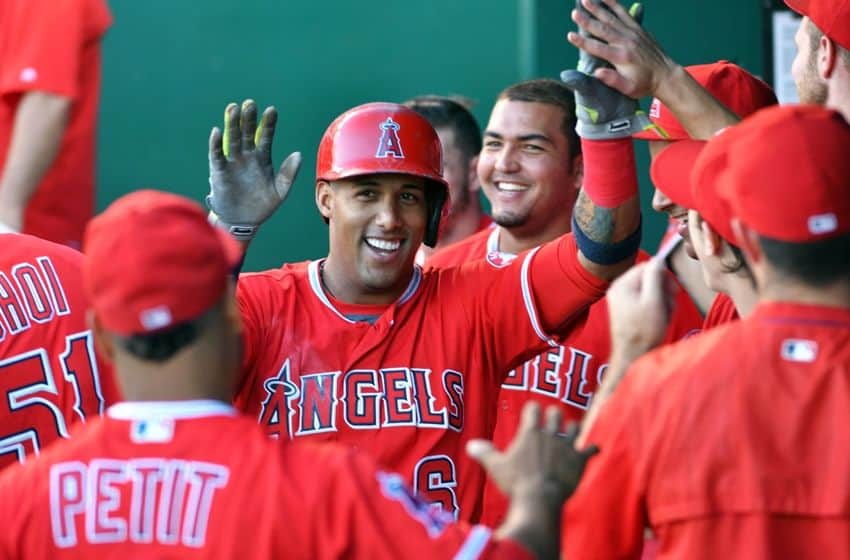 Posted in Editorials By TomWhitakerPosted on April 17, 2020

It’s only May, but the Los Angeles Angels need to start thinking about the future of their organization. Third baseman Yunel Escobar could be an interesting trade piece to multiple teams this summer. The 34-year-old is on the last year of his original three-year deal.

This season Escobar is hitting .259 with five home runs and 16 RBI in 35 games. He’s been a workhorse as he’s leading the league in both plate appearances (158) and at-bats (147) this season. That’s not all, Escobar has walked 11 times with just 17 strikeouts, and has become a stable bat in the Halos order.

At this point he’s not a part of the future though, and will likely be traded by the end of the season. The Angels have multiple options that can play third base that are locked up for more than one season. The farm system is dry for the Halos and it could be time to consider making a move.

Yes, it’s early in the season, but that might mean the Angels could get more in return for him. Players are dropping to the disabled list right and left. Plenty of competitive organizations could use Escobar’s bat in their lineup. This could be the best time to move him, but could hurt the Angels.

The red-hot Astros have started to run away with the American League West. The Angels are still in it, but injuries have significantly hurt their chances this season. Escobar is a helpful bat, but won’t make or break the Halos playoff chances. Regardless of when he gets traded, don’t expect Escobar to finish the season in an Angels uniform.

Should the Angels trade Yunel Escobar?
Scroll to top