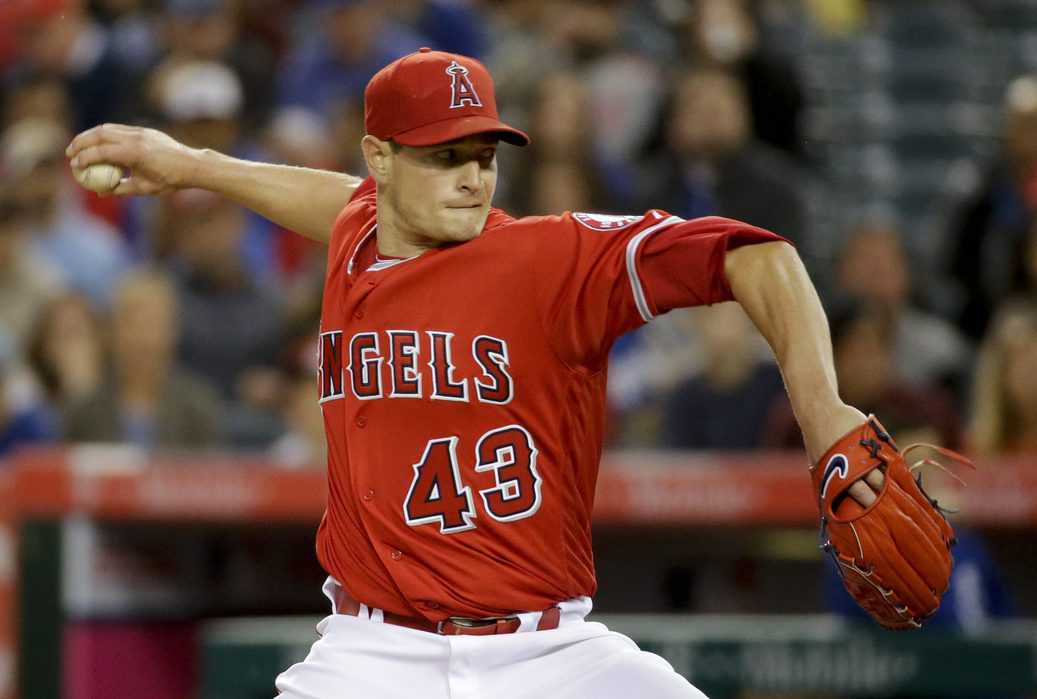 Posted in Halo News By TomWhitakerPosted on September 8, 2020

The Angels’ Garrett Richards currently is unsure as to when he can return to the mound. The nerve irritation within his right biceps area has not tapered off since the original diagnosis earlier this month. As a result, Richards and the Angels have to play the waiting game. It is virtually all they can do. Nothing more.

Pedro Moura of The Los Angeles Times has all the latest relative to the Halos’ top hurler. Richards understands that there is only so much he can do right now. He also knows that it is impossible to gauge when he can get back to it.

“‘There’s no timetable,” Richards said Sunday. “With nerves, they have a mind of their own. They regenerate at their own pace. It’s mainly just staying strong, staying in shape, and waiting for this thing to regenerate.’”

In the team’s opening series versus the Oakland Athletics, Garrett was taken out in the middle of his first start in what was initially a precautionary measure. A little later what was learned was that he experienced a mild biceps cramp. Soon a biceps cramp became a strain in said region. Not much later, medical experts discovered nerve irritation. On Saturday, the 28-year-old pitcher was transported to the 60-day DL because of that irritation.

This is a major blow to an Angels squad already thin on quality pitching depth. Given the fact that he was placed on the 60-day DL, Richards will likely not return any time prior to June.

He has not touched a baseball since the injury occurred. He is presently undergoing a series of tests that determine the strength in his biceps. However, enough strength has to be there in order for him to successfully pitch. Otherwise, the risk is too high. It is simply too big of a gamble.

Richards said recently that he feels fine from an overall standpoint. Hearing that is certainly encouraging. What is unfortunate is that the nerve complication adversely affects how his right bicep is. The pitcher explains this in further detail.

“‘The nerve isn’t helping my bicep contract and fire, which is why the lack of strength is there. But we’re confident that with time it’ll come back to normal.’”

Richards’ analysis seems spot on because in order to pitch that very muscle inevitably produces that contraction. With there being little strength there right now, Garrett can only do so much as was aforesaid.

What is unfortunate is that the righty worked very hard and tirelessly in the offseason to get to this point. His spring was solid overall and he felt perfectly fine headed into that first start on the road. It is sad that in spite of the hours put in he is back to square one in a sense. Although Richards is trying to remain positive, he admits that doing so is not a piece of cake.

“‘There are a lot of positives working in my favor,’ he said. ‘But it’s hard to look at the positives when you have so much negative going on.’”

While feeling a bit down is understandable, all the Halos and G-Rich can do right now is exercise patience. That and hope for the absolute best when this is all over. Due to the injury history that was already there before this all happened, hope is all that can be clinged onto.