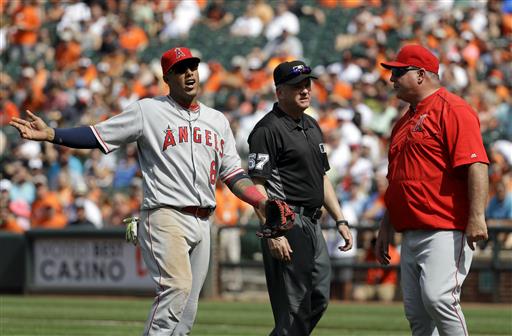 Posted in Halo Results By TomWhitakerPosted on August 12, 2020

Angels 3B Yunel Escobar has been ejected for the third time this season. He accounts for three out of the four ejections of the season thus far.

Escobar was actually on the field as he was ejected from the home plate umpire who was about 100+ feet away. The reason why Escobar was ejected was due to him drawing a home plate in the dirt – behind third base to instruct the umpires how to do their job.

Is it time for the Angels to trade Escobar? He needs to grow up and play some baseball.