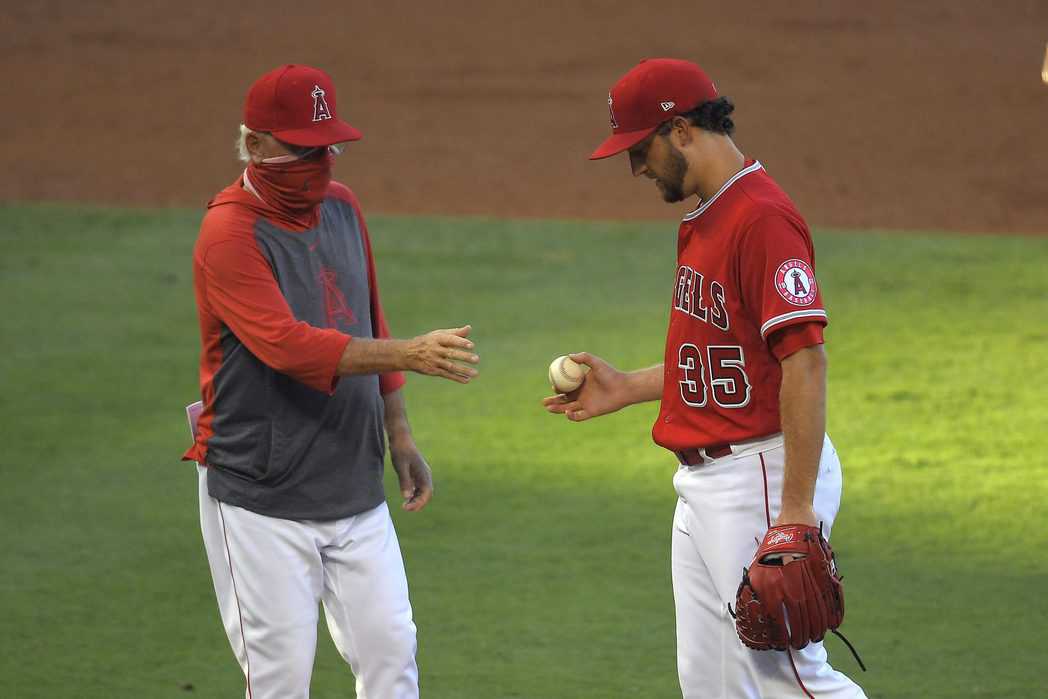 Posted in Halo News By TomWhitakerPosted on September 13, 2019

Coming into this early September home-stand, the Angels hopes were high. Sure, they were falling farther down in the playoff race and they were leap-frogged by the division rival Texas Rangers, but with the next 9 games at the Big A, the hope was the Angels could figure things out and put themselves right back into the playoff picture. Well skip ahead 6 games and the Halos have managed just a 3-3 record against those pesky Rangers and NL rival Dodgers.

However, neither the AL West leading Astros nor Wild Card Rangers were able to take advantage in the standings and the Angels find themselves 5.5 games back of the AL West crown and 3 games back of the second Wild Card. Now, you must forgive me for sounding like somewhat of a broken record here, but time is mot definitely not on the Angels side. With just 23 games left in the regular season, its now or never for the Angels. While I find it hard to imagine the Angels being able to retake the division from the young Astros, whilst also holding off the surging Rangers, there is no doubt their playoff hopes are still very much alive.

Tonight, the Angels will open a 3 game set against the Astros and with a strong showing, the Angels can most certainly remind the AL West that they will not go down without a fight. In fact, of their 23 remaining games, the Halos will play 19 of them against AL West opponents, including 6 against the division leading Astros. The Angels will also play crucial series against the Minnesota Twins before finishing the season in Arlington in a 4 game series which could very well decide the second Wild Card spot. However, unlike last season, the Angels are going to have to scratch and claw their way to October baseball.

In the series opener against the Astros, Jered Weaver will take the mound tonight to face AL Cy Young candidate Dallas Keuchel. Keuchel has had a phenomenal season posting a 17-6 record with a 2.29 ERA and 185 strikeouts over 200 innings pitched. This is not to say that certain Angels haven’t had success against Keuchel, most notably David Freese who is currently batting .500 in his career against Keuchel. Throw in Mike Trout’s .308 average and Albert Pujols respectable .268 average and there is precedent for the Halos to do damage against the Cy Young favorite. Combine that with Jered Weaver’s recent success against the Astros, allowing just 2 runs over 15 innings of work against them this season, and that could be the recipe for success.

On Saturday, it looks like right hander Lance McCullers will oppose lefty Hector Santiago. Santiago, who has seen his numbers take a dip since the All-Star break, appeared to return to form in his last outing, hurling dix scoreless innings against the Rangers on Sunday. It’s performances like that, which put the Angels in the playoff conversation, and will be needed to keep them in that discussion. McCullers seems to have caught a case of the Shelby Miller, not seeing his name in the win column since the end of July, but like Miller, McCullers is a fantastic pitcher and this stat is more of an anomaly than anything else. In McCullers previous 3 starts, he has 22 strikeouts over 20 innings pitched and has earned a quality start in each of those appearances.

In the series finale, Mike Fiers will pitch opposite Andrew Heaney. Fiers, who already has thrown a no-hitter this year, will go into the Big A with little to no history against Angels batters. It will be interesting to see how Angels hitters react towards him, and if David Freese, the only man on the roster with more than one at-bat against Fiers, can offer a better scouting report. That scouting report will be a little different for Andrew Heaney, who only allowed one run over 6 innings the last time he faced the Astros. Before Heaney’s last start against the Dodgers, he was gaining momentum as a legitimate contender for AL ROY.

If the Angels are going to make this playoff race interesting coming down the home stretch, it has to start tonight, otherwise it could be all over but the crying, and if there’s one thing I’m sure of, there’s no crying in baseball.

Astros visit the Big A, Angels look to make up ground
Scroll to top