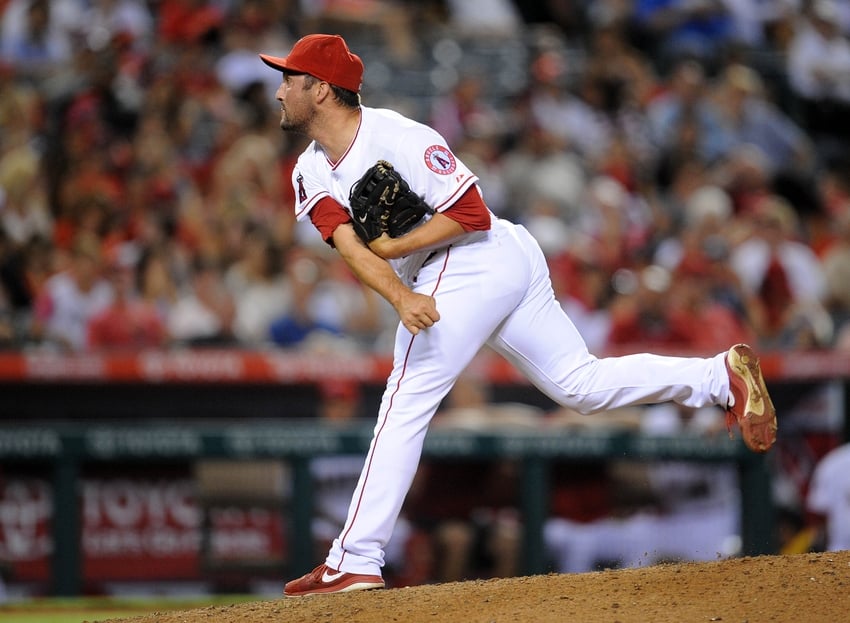 Posted in Editorials By TomWhitakerPosted on July 9, 2020

The Angels have had some of the best closers of all time in Major League Baseball history. This is definitely a competitive pool to draw from ranging from someone who was drafted as a catcher originally to a Venezuelan fireballer with one of the most unique pitching motions in recent memory. Throughout their history, one constant with the Angels is the fact that they have for the most part had an anchor in the back of the bullpen to close it out.

Donnie Moore had some absolutely impeccable seasons with the California Angels in the latter half of the 1980’s. His best season with the Halos, in his career actually, could be his 1985 season. In 1985, the Angels fireman was 8-8 with a 1.92 ERA and thirty one saves in 101 innings pitched. That was Moore’s only year making the All Star team while he also placed in the top seven for both the Cy Young and MVP awards. The Angels acquired Moore as a free agent composition pick in 1985. Donnie Moore committed suicide in July of 1989. Rest in piece, forever a Halo.

The current closer for the Angels, Huston Street has been lights out since being acquired from the Padres for top prospects RJ Alvarez and Tayor Lindsey. The Halos gave up quite the hall to get Street who won the 2005 Rookie of the Year as the closer for the Oakland Athletics. This trade ended up being good for both sides with Street leading the Angels staff to the 2014 AL West title. While Street has not been with Angels very long, he has dominated while he has been so far.

Francisco Rodriguez burst out of nowhere during the 2002 playoff run for Anaheim. He was absolute beast with his funky motion and absolutely devastating slider and change up. Frankie was a revelation and key cog in the 2002 World Series setting down All Stars and Hall of Famers like Jeff Kent and Barry Bonds. K-Rod set the Major League record with most saves in a single season with sixty two en route to leading the Angels to his fourth division championship with the club. Francisco Rodriguez is currently pitching with the Detroit Tigers and wouldn’t you know it, leading the MLB in saves. Rodriguez has a legitimate chance at breaking Mariano Rivera’s career saves record in my opinion (402 as of 6-5-16). He is still young enough at thirty four years of age to have a shot.

Troy Percival will always remain somewhere special in Angel fans hearts because of when he got Kenny Lofton to fly out to Darin Erstad to clinch the Angels first World Championship. Percy was originally drafted as a catcher and was eventually transitioned to pitching, looking back on it, this was a great choice. Percival ended up leaving the Angels after the 2004 season to sign with Detroit leaving the door open for Francisco Rodriguez to take over. Percival was as dominant as you can get at times during his Angels career but was it enough to crown him as the best in Angels history?

This was an incredibly tough choice but I am going to choose Troy Percival as the greatest Angels closer in the history of the squad. This was a two horse race between the teammates Percival and Rodriguez. I was unsure of who to choose that I was sitting at my computer for twenty minutes trying to debate between the two, heck I even dusted off the magic 8 ball. I ended up choosing Percival due to his total number of saves and the fact that he pitched in the steroid packed 1990’s. This choice could have gone either way but Troy Percival was one of the faces of the Angels making four All Star team representing the Halos in the Summer classic.

Did I get it wrong? Who do you think should be the Angels best closer in history?

The Best Closer in Angels History Is…
Scroll to top