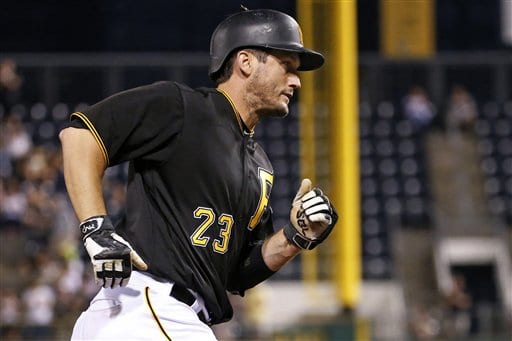 Posted in Halo News By TomWhitakerPosted on September 29, 2019

Report: Jeff Fletcher Angels Writer of the Orange County Register reports that during an interview with Ex-Angel David Freese, he let out some feelings about his past team. “I loved the guys”

It was odd that the Angels did not give David Freese an offer during the offseason, however all eyes seemed to be on current Angels 3B Yunel Escobar. With the Angels currently in a series against the Pirates where former Angels David Freese and Matt Joyce are saying hello to former teammates, some emotions came out.

Freese got the opportunity to talk about last year with the Angels during a press conference and he did not shy one bit from letting his true feelings show.

“I wanted to be an Angel,” Freese said Sunday. “I can’t hide that. From Day 1, I wanted to come back. I loved the guys. We had unfinished business. It just didn’t happen.”

Once the Angels acquired Yunel Escobar in early December, Freese knew his days in Anaheim were over, and he was disappointed.

“The last two years, being with that group, getting to the playoffs and just trying to be part of something cool, it was a good transition period in my life,” Freese said.

It wasn’t until March that Freese signed with the Pirates. He has been enjoying his time over there, and we are glad he still has these types of feelings. We miss you too David Freese.

David Freese: “I wanted to be an Angel, I wanted to come back”
Scroll to top