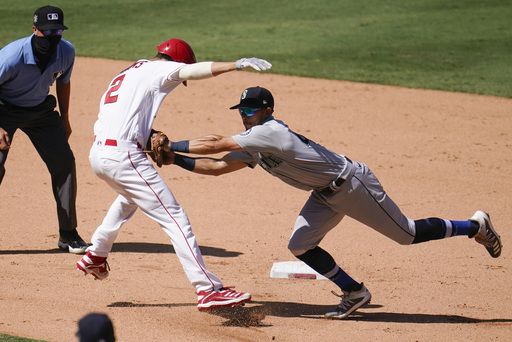 Posted in Editorials By TomWhitakerPosted on August 31, 2020

As we reflect on the season leading up to the halfway point. We see a very peculiar spot in the Angel team. The Bullpen. The place where close games die or they are saved.

Almost sounds like a graveyard, but the emote bullpen has been working a season long graveyard shift. They have been the backbone of the origination so far. Well that may be over dramatizing it but it’s true. When the starting pitching hasn’t done the job, the bullpen is ranked in 18th in ERA and rank 9th in innings pitched.

Not something to smile upon, but don’t frown on it either. With the DL being overcrowded it’s pretty impressive. It hasn’t been all sunshine and rainbows, the Angels bullpen. They have a lack of endurance that has led a down fall, forcing the bullpen to being 12th in the MLB with most earned runs. Even with the return of Huston Street the saves rank has dropped to 22nd overall.

Cam Bedrosian and Fernando Salas have been heavily relied on since the beginning. Each has their weaknesses, but both pitchers have been reliable options throughout the entire season. But there needs to be a change and solution.

The gallows that is the Angels Bullpen
Scroll to top