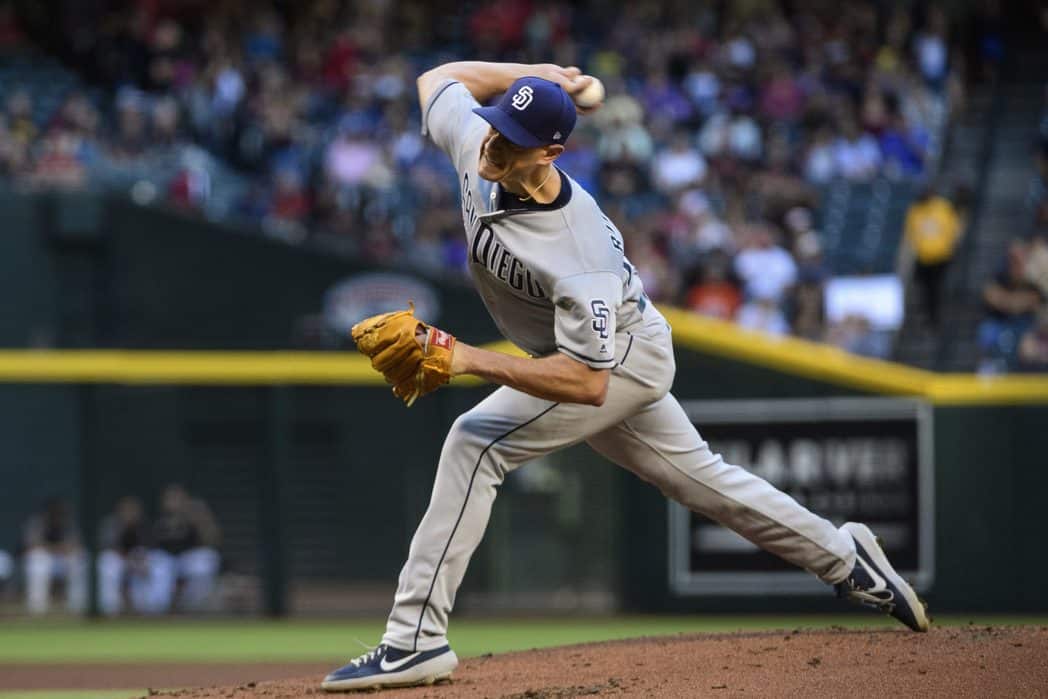 Posted in Editorials By TomWhitakerPosted on October 17, 2019

The usual suspects will be there when it’s all said and done: David Price. Chris Sale. Justin Verlander. Corey Kluber. Yu Darvish. Felix Hernandez. Will the Angels have an entrant into that discussion in the form of young stud Garrett Richards? It’s not as crazy as it sounds! In 2014, when Richards emerged as a frontline starter, he put together a 2.61 ERA with 164 strikeouts in 168 innings with only 124 hits and fifty-one walks before suffering a serious knee injury that obviously affected him in 2015.

Even with that, he still put together a decent 3.65 ERA with 176 strikeouts, and on the strength of a normal offseason and Spring Training was off to a superb start last season. It was only six starts, but Richards had put together a 2.34 ERA with thirty-four strikeouts in thirty-four innings before succumbing to an elbow injury that cost him the rest of the season.

Unlike his teammate Andrew Heaney, however, Richards was able to avoid the dreaded Tommy John surgery, instead electing PRP treatment, the same one that worked out for Masahiro Tanaka, and was declared healthy and ready to proceed through a normal offseason regimen at the end of last season. If Richards remains healthy, there’s no reason not to think Richards can continue to build upon the great start to the season he had last year.

Before his injury last season, Richards had supplanted Jered Weaver as the Halos’ ace, and his development is crucial to the Angels’ chances this season. It’s fair to say that Richards’ health and production is the number one key to the Angels bouncing back to contender status this season; if he makes thirty or more starts at his potential, the Angels will bounce back.

If he continues his development and pitches at the level he’s capable of, he’ll challenge that upper-tier of elite pitchers. It’s not unreasonable to say Richards has the potential to post a sub-3.00 ERA with 200 strikeouts if healthy all season, and if the Angels offense stays on track, the wins will be there for him. The Angels better hope he reaches those lofty heights if they expect to have the type of bounce-back season they want.