Posted in Editorials By TomWhitakerPosted on November 14, 2019 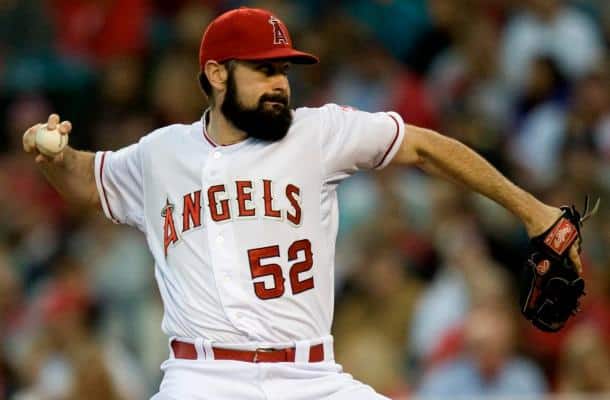 The Angels (22-28) finish the final half of their six game home-stand against the Detroit Tigers (24-25) this week. After dominating the Astros with a 7-2 win led by Matt Shoemaker and his 11 strikeout performance on Friday, the Angels faltered throughout the weekend with a 4-2 loss against the ‘Stros on Saturday and an 8-6 extra-innings loss to finish the series on Sunday. The Tigers completed a three game series against the Oakland A’s this weekend, losing 2 out of 3 games against the A’s. The Tigers are coming into Anaheim winning 6 out of their last 10 games, while the Angels are having trouble finding their stride, only winning 4 out of their last 10 games.

Winless as a member of the Angels, Jhoulys Chacin (1-3, 5.11 ERA) will take the mound in the hopes of recording a W on Memorial Day at 6:05 P.M. In his last start, Chacin pitched against the Texas Rangers, lasting 6.0 innings and giving up 3 earned runs on 5 hits, which was enough to give him the loss. The Tigers tend to fare well against righties, putting up a (.271) batting average and (.453) slugging percentage. Chacin allows a (.296) batting average vs. right-handed batters, but hopefully his K% of (25.3%) vs. right-handed batters will keep the Tigers from putting up runs. The 2011 AL MVP Justin Verlander (4-4, 4.02 ERA) is starting for the Tigers. Recently engaged to supermodel Kate Upton, the former Cy Young Award winner threw a gem against the Phillies in his last start, pitching 8.0 innings with 10 strikeouts and 0 earned runs.

The Angels will send Hector Santiago (3-3, 4.58 ERA) to the mound on Tuesday at 7:05 P.M. In his past two starts, Santiago has failed to get the job done, pitching 2.2 innings against the Orioles before getting ejected and 2.1 innings against the Rangers. He will look to turn things around against the Tigers, who struggle against lefties with a (.239) batting average up to this point. Santiago has been run-of-the-mill so far this season, posting a K% of (18.5%), almost 3% below the league average, and a BB% of (9.1%), which is slightly higher than average. The opposing pitcher will be Tigers’ right-hander Anibal Sanchez (3-6, 6.04 ERA). In 2013, he led the AL in ERA with an outstanding (2.57) ERA, but that is not the case this year. In his last start, the Venezuelan native threw 6.0 innings with 6 runs (3 earned runs) and 8 hits given up, receiving the loss versus the Phillies.

Events will begin a little earlier on Wednesday with a start time of 4:05 P.M. for the final game of the series. Matt Shoemaker (3-5, 5.96 ERA) is coming into this start on fire. In his past two games, Shoemaker pitched 8.1 innings with 11 strikeouts against the Astros and 7.1 innings with 12 strikeouts against the Orioles, which are incredible stats for a pitcher who has struggled mightily to begin the season. The fans are hoping that Shoemaker is finally finding his groove that he had in the 2014 season, as it would be very helpful to the bullpen to have Shoemaker pitch 7+ innings each start. According to Detroit Free Press’ sports writer Anthony Fenech, Detroit’s Michael Fulmer (4-1, 3.97 ERA) is the probable pitcher for Wednesday’s matchup. The rookie pitcher got the win in his last start against the A’s, pitching 7.2 innings and only giving up 3 hits.

When it comes to hitting, the Angels have not been the most consistent lineup as of late, and hopefully two key batters, C.J. Cron and Carlos Perez, can heat up against the Tigers’ pitching staff. C.J. Cron is in a major slump recently. He batted a sub-par (.143) and reached base 3 times in the past five games. Catcher Carlos Perez batted (.200) in the last two series, and he has not performed well offensively for the Angels this season. Other than Cron and Perez, the majority of the lineup is batting fairly well. Yunel Escobar continues to be a solid addition for the Angels as he batted (.300) in his last six games, but Escobar left the game on Sunday with a left wrist contusion and is listed as day-to-day. Kole Calhoun batted (.333) with one home run in the last two series as he continues to heat up in the 2-spot. Mike Trout is shining brightly as the face of the Angels, batting (.317) with 11 home runs and 37 RBIs this season. Although he was not clutch on Sunday, Johnny Giavotella, the fan favorite recently, is red-hot and smoking the ball with an average of (.360) against the Rangers and the Astros. In addition, Albert Pujols crushed the ball versus the Astros, launching 2 home runs to give him a total of 571 home runs throughout his career.

The usual suspects for the Tigers continue to produce runs on a daily basis. Miguel Cabrera (.306 AVG and .385 OBP) and Victor Martinez (.351 AVG and .398 OBP) will be tough challenges for the Angels’ pitching staff as they are always a threat to put together runs. Ian Kinsler (.314 AVG), J.D. Martinez (.251 AVG), Nick Castellanos (.326 AVG), and Justin Upton (.219 AVG) round out the top of the lineup in what looks like a high-powered Tigers’ offense that will be seeking to come alive in Anaheim.

The Angels currently sit at 3rd in the AL West and they desperately need to win the series against the Tigers in order to gain some ground on the Rangers, who currently sit in 1st on top of the division. The Tigers are in need of some wins too, as they sit at 4th in the AL Central. I advise Angels Nation to get out to Angel Stadium and support the Halos for what is projected to be an exciting series.