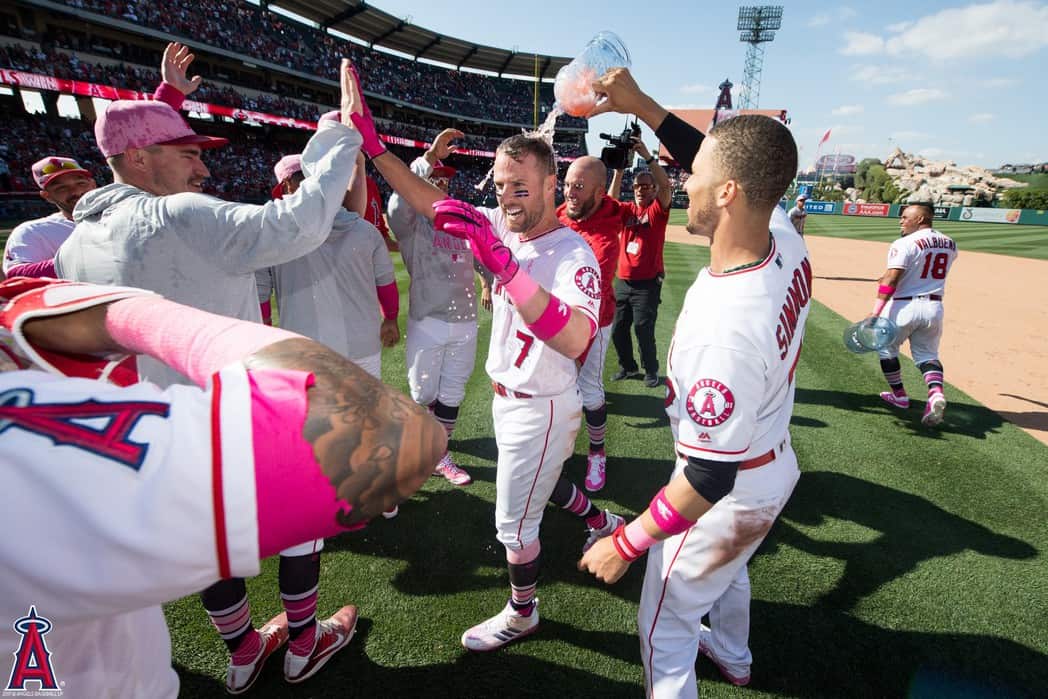 Posted in Editorials By TomWhitakerPosted on March 4, 2020

With another series loss to Cleveland, the Angels (27-36) continue to be one of the coldest teams in baseball. Losing seven out of their last ten games, the Angels need to turn their season around A.S.A.P. or else they will keep on falling down to the bottom of the AL West. Thankfully, the Angels are finishing off the home-stand against the Minnesota Twins (19-43), who are 7-22 on the road. Both teams need a series win to gain momentum, so it is bound to be an exciting series this week.

The Angels-Twins series will get started on Monday night at 7:05 P.M. Jered Weaver (5-5, 5.56 ERA) will look to get revenge on the Twins for the rough start he had against them earlier in the season. On April 16th, Weaver pitched 4.1 innings in Minnesota, giving up eight hits and four earned runs with only one strikeout. The Twins are batting (.244) against righties, and Weaver pitches better at home, so the numbers look in favor of the “Big Weav.” Taking the mound against the Halos will be Ricky Nolasco (2-4, 5.17 ERA). In his last start, he was rocked by the Marlins, allowing eleven hits and five earned runs through 5.2 innings pitched.

Attention all music fans out there. Make sure to get out to Angel Stadium on Tuesday night because Flo Rida and Grace are performing after the game! On another note, Jhoulys Chacin (2-4, 4.83 ERA) is the Angels’ starting pitcher for the 7:05 P.M. matchup. He has been solid at home, striking out (21.0%) of batters and allowing a batting average of (.227). He will be looking to bounce back after taking a loss against the Yankees on June 9th, where he gave up five earned runs through 5.1 innings of work. Longtime Angels’ pitcher Ervin Santana (1-6, 4.77 ERA) will be pitching for the Twins. Santana was on the Angels for eight seasons, and his best year was 2008 when he went 16-7 with a (3.49) ERA in that 100-win season for the Halos.

Nobody on the Angels is struggling more than Hector Santiago (3-4, 5.64 ERA) recently. Against the Indians on June 10th, Santiago had his worst start of the season, lasting 1.1 innings and giving up five earned runs. Hopefully he can turn things around against the Twins on Wednesday at 7:05 P.M. The Twins are one of the worst teams against left-handed pitchers with a batting average of (.241). If Santiago stays under control, then maybe he can finally get a win. Looking to shut down the Angels is 25-year old righty Tyler Duffey (2-5, 5.33 ERA). According to RotoWire, Duffey’s ERA is (8.36) in his past five games. The Angels need to take advantage of his cold streak and put up a couple runs to support Santiago.

The Angels’ batters struggled mightily against the Indians. Gregorio Petit and Johnny Giavotella finished the series batting (.222) with zero RBIs between the two of them. Jefry Marte hit a home run on Sunday, but he batted (.182) with only two hits over the weekend. Albert Pujols struggled to hit the ball, batting (.167) with zero RBIs, and Carlos Perez stayed ice-cold against Cleveland, getting on-base once. In addition, Kole Calhoun did not have the best series, but he still produced three RBIs. Looking away from the cold batters, the two Angels’ bats that performed well over the weekend were Yunel Escobar and Mike Trout. Escobar batted (.333) with a walk-off single on Saturday, and Trout batted (.333) with an on-base percentage of (.500). Moving onto the next series, the Angels need to take advantage of the Twins’ poor pitching and heat up the bats.

The Twins are not a great team when it comes to batting. They are 19th overall in batting average, and one of their main problems is that they struggle to produce runs. Joe Mauer (.281 AVG and .388 OBP), Trevor Plouffe (.239 AVG and .263 OBP), and Brian Dozier (.230 AVG and .320 OBP) sit in the heart of the order, but they are not as frightening as they were in the past. Rookie Byung-ho Park (.212 AVG and .298 OBP) has the ability to hit home runs, and Eduardo Nunez (.327 AVG and .357 OBP) continues to stay on fire for the Twins. The rest of the order is mediocre, so overall the Angels’ pitching staff should not have anything to be afraid of vs. the Twins.

Looking at the standings, the Angels are 12.0 games behind the Texas Rangers for the AL West and 7.0 games behind for the Wild Card. The Twins are 16.0 games behind in the AL Central, and they have the second worst record in baseball. The Angels desperately need a sweep against the Twins, so it will be an interesting series to watch. Even though the Twins are not the most exciting team to watch, make sure to bring the family out to Angel Stadium and support the Angels this week.

Probable pitchers for Angels vs. Twins: