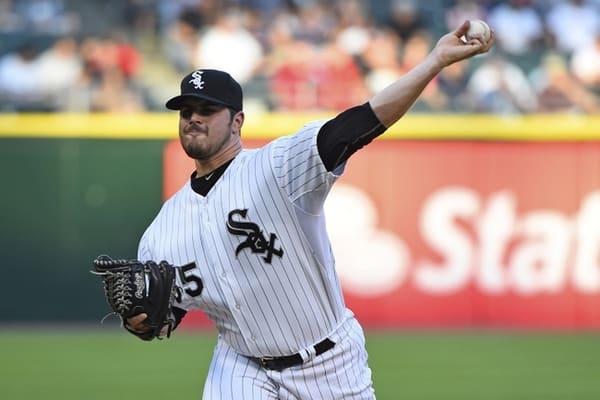 Posted in Editorials By TomWhitakerPosted on April 22, 2020

The Angels (37-52) are thankful that the first half of the season is over. Looking to start off the second half on a good note, the Angels are taking on the Chicago White Sox (45-43) in Anaheim.

Taking on his former team, Hector Santiago (6-4, 4.58 ERA) is pitching on Friday night at 7:05 P.M. In the month of July, Santiago is 2-0 with zero earned runs and 13 strikeouts in 13 innings pitched. Earlier this season, he pitched a gem against the White Sox, getting the win while putting up the stats of seven innings pitched, two hits, no earned runs, and ten strikeouts.

For the White Sox, Miguel Gonzalez (2-4, 4.39 ERA) will be the starting pitcher on Friday. A fun fact about Gonzalez is that the Angels signed him as an amateur free agent on December 13th, 2004, but eventually gave him away to the Boston Red Sox in 2008.

Hoping to turn his luck around in the second half, Matt Shoemaker (4-9, 4.45 ERA) will be looking for a victory on Saturday night at 6:05 P.M. Shoemaker finally got some run support and a win in his last start against Baltimore. He pitched five innings, striking out four batters and giving up three earned runs. In 17 games this season, Shoemaker has been stellar when it comes to getting strikeouts with a K/9 of 9.00.

Taking the mound against Shoemaker is James Shields (4-10, 5.42 ERA). Shields is having one of the worst years of his pitching career, but he is turning it around in July with an ERA of 2.63.

For the Sunday afternoon game at 12:35 P.M., the Angels are giving Jered Weaver (7-7, 5.27 ERA) the start against Chicago. Weaver kicked off July with a great performance in Tampa Bay, pitching six innings and giving up one earned run and four hits. He hasn’t lost against the White Sox since September of 2010.

As of Friday afternoon, the White Sox have not penciled in a starter for Sunday, so it is to be determined. Chris Sale (14-3, 3.38 ERA) and Jose Quintana (7-8, 3.21 ERA) are most likely not starting on Sunday. Sale and Quintana pitched in the All-Star Game, so they are probably receiving rest over the weekend.

Looking at the White Sox’ batting order, they are nothing special. They are 21st in the league in batting average, 24th in runs batted in, and 21st in on-base percentage. All-Star Todd Frazier provides the power for the White Sox. He has 25 home runs and 57 RBIs so far this season, so he is a batter that the Angels need to watch out for.

The Texas Rangers (54-36) are still on top of the A.L. West. It is not looking good for the Angels, who are 16.5 games behind the Rangers for the division title. Getting a spot in the Wild Card looks more feasible for the Angels, but it will not be easy as they are 13 games behind the Toronto Blue Jays (51-40). A series win against the White Sox is huge for gaining momentum, so the Angels need to get the bats going and get some victories this weekend.