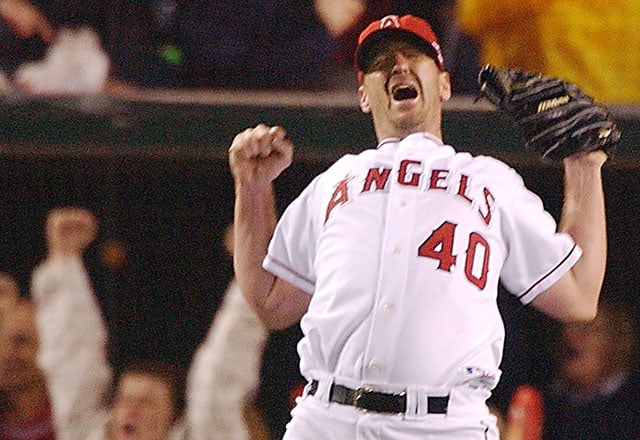 Posted in Editorials By TomWhitakerPosted on August 1, 2020

The road trip continues for the Angels (26-30) this week, moving on from Pittsburgh and making a stop in “The City that Never Sleeps” to play the New York Yankees in a four game series (26-30). The Angels won two out of three games against the Pirates, giving them their second series win in a row. Something about facing the Pirates woke up the Angels’ batters, as they put up a total of 35 hits and 21 runs throughout the series.

For the New York Yankees, it has not been the season that the fans expect to see out of a franchise that has been so dominant in the past. They are sitting 6.5 games out of first place in the AL East, and they are barely .500 at home. In addition, they have lost six out of their last ten games, so the Angels should have nothing to be afraid of coming into the series.

The Yankees better get ready to face “The Beard.” On Monday at 4:05 P.M., Matt Shoemaker (3-6, 5.50 ERA) will be on the mound for the Halos, looking for a win after losing his last start against the Tigers. Even though Shoemaker received the loss, he still pitched a solid game against Detroit, giving up two earned runs through seven innings of work. Shoe has struck out 31 batters in his past three starts, which gives him an incredible K/9 rate of (12.31) since May 21st. On the road, he dominates left-handed batters, allowing an average of (.177) against lefties in away ballparks, which is good news since a majority of the Yankees’ batters are lefties. For the Yankees, 2014 All-Star Masahiro Tanaka (3-1, 2.78 ERA) will take on the Halos. Tanaka has been in good form this season, but he lost his last start against the Blue Jays, striking out two batters and giving up seven hits through six innings.

For Tuesday’s matchup starting at 4:05 P.M., the starting pitcher for the Angels is left-hander David Huff (25-28, 5.08 ERA), who is making his first start of the season. Huff does not have great numbers against lefties in his career, giving up a batting average of (.297). According to O.C. Register staff writer Jeff Fletcher, Huff was signed by the Angels last month, and he has a (5.40) ERA with Salt Lake City. On the other side, right-handed pitcher Michael Pineda (2-6, 6.41 ERA) will take the mound. Overall, it has been a rough year for Pineda, but he pitched his best start of the year last time out, allowing one earned run and getting eight strikeouts against the Tigers.

The Big WEAV, Jered Weaver (5-4, 5.18 ERA), is pitching against the Yankees in Wednesday’s affair at 4:05 P.M. Weaver had a solid win against the Pirates in his last start, allowing two earned runs on six hits and striking out five batters through six innings of work. Weaver is significantly better against lefties than righties, and he gives up a (.196) average to lefties on the road, so hopefully he can shut down most of the Yankees’ lineup. Although he is pretty good against lefties most of the time, he has given up seven home runs to lefties on the year, so he needs to watch out since Yankee Stadium’s right field has one of the shortest porches in baseball. The Yankees are sending out Nathan Eovaldi (6-2, 4.09 ERA) against the Angels. He received a no-decision in his last start against the Baltimore Orioles, giving up five earned runs and eight hits through 5.1 innings. May was the greatest month of his career, as he went 5-0 with a (3.25) ERA in six starts, but maybe he will cool down in June.

For the fourth game of the series, Jhoulys Chacin (2-3, 4.50 ERA) will be the starting pitcher for the Halos on Thursday at 4:05 P.M. Chacin did not have the best start against the Pirates, giving up six hits, four walks, and three earned runs through five innings of work, but at least he did not get the loss. The Yankees rarely strike out with a K% of (19.2%), so Chacin will need to work on getting ground ball outs since the Yankees’ ground ball percentage is (47.9%) and fifth highest in the league. The Yankees’ starter for the last game of the series will be Ivan Nova (4-3, 4.41 ERA). Nova has declined dramatically since dominating in 2011 when he posted a 16-4 record with a (3.70) ERA. In his last start, he got the win against the Orioles, but it wasn’t pretty as he gave up seven hits and five earned runs through six innings.

In the series against the Pirates, my spotlight was on Albert Pujols and Mike Trout. Pujols was very successful in Pittsburgh, putting up a (.400) batting average with one home run and three RBIs, while Trout had a decent series, batting (.273) with three hits and only one RBI. Yunel Escobar had six hits and four RBIs in the series, and Kole Calhoun had one of his best series of the year, batting (.500) with two home runs and four RBIs. In addition, it was great to see some production out of the bottom of the order. Shane Robinson batted (.429) with his first home run of the season and two RBIs, Gregorio Petit batted (.300) with three hits and two RBIs, and Rafael Ortega went 2-for-6. Additionally, Carlos Perez finally heated up a little bit, hitting two doubles and bringing in a RBI. Yankee Stadium is one of the best “hitter-friendly” parks, so the Angels’ batters have the perfect opportunity to stay hot over the next four games.

When it comes to batting, the Yankees are one of the worst teams in the league. They are the fifth lowest team in baseball for batting average (.237), RBIs (202), and runs (212), so the Angels’ pitching staff should be confident coming into the series. Just like the Pirates, the Yankees have a pretty good outfield, consisting of Jacoby Ellsbury (.278 AVG and .338 OBP), Brett Gardner (.237 AVG and .359 OBP), and Carlos Beltran (.268 AVG and .299 OBP). Overall, there is not a lot to be afraid of when looking at the Yankees’ lineup.

The Rangers keep on winning, so the Angels are currently eight games out of first place in the AL West and five games out of the Wild Card. The Rangers face the red-hot Astros in the next series, so hopefully the Rangers will lose some games. For the Angels-Yankees series, it is a big four game series that both teams need to win, so it is likely to be competitive and action-packed. If the Angels win this series, it would be the third series win in a row, so make sure to tune in and support the Halos this week.