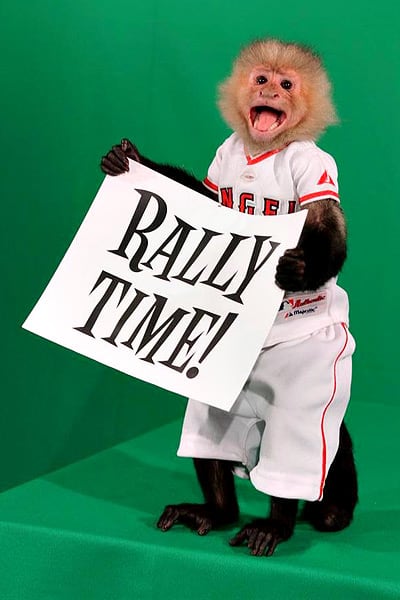 Posted in Editorials By TomWhitakerPosted on August 18, 2020

So what if, they were able to do more community events in order to create a stronger fan base? How would they do that? The answer to these questions lies in one simple answer, we create a mascot.

Currently the Angels already have a mascot that is well-known to the fans who attend the games that is called the rally monkey. It is not known to the community at large who may not attend games on a regular basis or who attend one or two games a season.  So if the Angels organization were to capitalize on one of their arguably best-selling items in their team store, and create an official rally monkey mascot, the possibilities are endless.

They can have the rally monkey mascot attend things like, walks for causes (Ex: walk for Alzheimers, JRDF), children’s hospitals, and even local elementary schools in the area. If they are able to build that connection from childhood, it is almost like guaranteeing seats for games way into the future. It is definitely a huge advantage for the organization as a whole. Another thing that only a mascot of the Angels can do, is travel to Disneyland, and with the huge following Disney by itself has, the mascot is sure to produce positive results immediately.

They would become only the second team in the Los Angeles area with a mascot now that the rams have moved back, which gives them an advantage to the younger audience. Having a mascot can also increase the exposure that a team receives, for example, Mr Met in New York city is one of the most recognizable mascots in all of New York City, and that has helped steadily increase the amount of Mets fans going to games.

The Angels should capitalize on the rally monkey so prices can go down at spring training, they can gain more exposure, and also they can further embed themselves in the community.