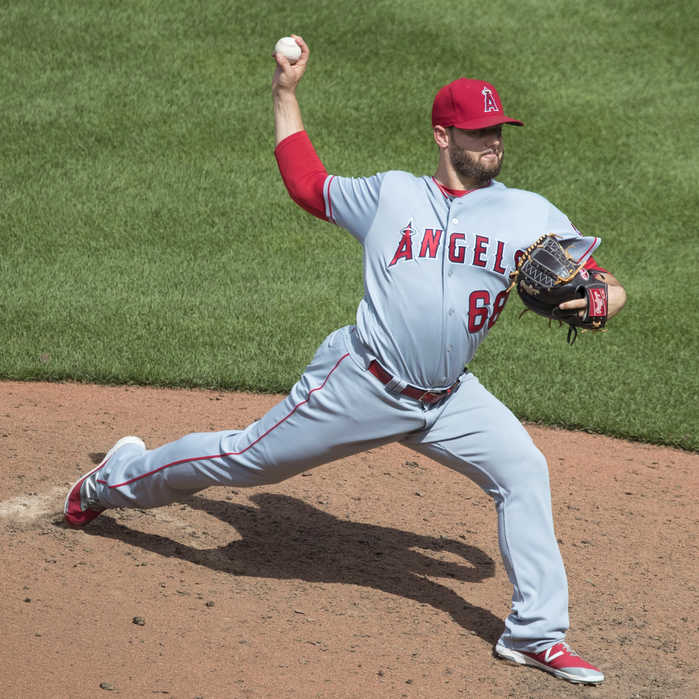 Posted in Editorials By TomWhitakerPosted on May 17, 2020

At the beginning of the season, things were good. Remember that? It seems so long ago. The Angels were 6-2, their best start in franchise history. It seemed like maybe the slow starts that have plagued the Halos in recent years were finally a thing of the past. Maybe, just maybe, this team really was ready to contend, ready to make a run at the division. Six straight losses later, the Angels are 6-8 and seem to be the same old team that just can’t get it going out of the gate. At first, it was the rotation that put the Halos behind the eight ball; if it weren’t for some miraculous comebacks, the team could easily be 3-11 and looking at being out of it only two weeks in. Now, after several downright decent starts, it’s the offense that can’t get anything going.

The Halos have scored nine runs in their last six games, and have one extra base hit in their last four games. An offense that looked to finally have some depth has sunk into the depths and not even Mike Trout can pull them out without some help. All of those things are worrisome, but when the Angels were winning there was something else to cheer about, and that was Mike Scioscia possibly using his bullpen in an out-of-the-box style. Warming up Cam Bedrosian in a close game with the heart of the Seattle Mariners‘ order up. Bringing in Cam Bedrosian for a five out save. Since then, we’ve seen Bedrosian one time. Once. On Sunday, the Angels lost in walk-off fashion, with Bedrosian finally getting into the game with no outs and the winning run on third.

So far this season, Bedrosian has pitched four innings, and five of those outs came in one game. Part of that can be attributed to the fact that the games the Angels have lost have been mostly blow outs, but you have to find a way to get arguably your best pitcher into some of these closer games. Bedrosian has looked mostly lights out in the games he has pitched in. It’s easy to go back and say a manager should have done this or that differently after you lose a game, especially a close one that could have gone either way. It also might be nitpicking to go after this specific perceived fault during a stretch where a lot is going wrong.

It’s also true that putting Bedrosian in those games is not going to magically make the offense better. It’s not like the Angels are sitting on a deep pitching staff, though, and watching them lose games in multiple ways while Bedrosian sits on the bench may not be putting your team in the best position to succeed. The Angels are going to need everything to go right for them to contend. That includes Scioscia pushing all the right buttons and making all the right decisions. It’s early, but it seems like Scisocia may not be putting his team in the best position to succeed.

What Happened to Cam Bedrosian?
Scroll to top