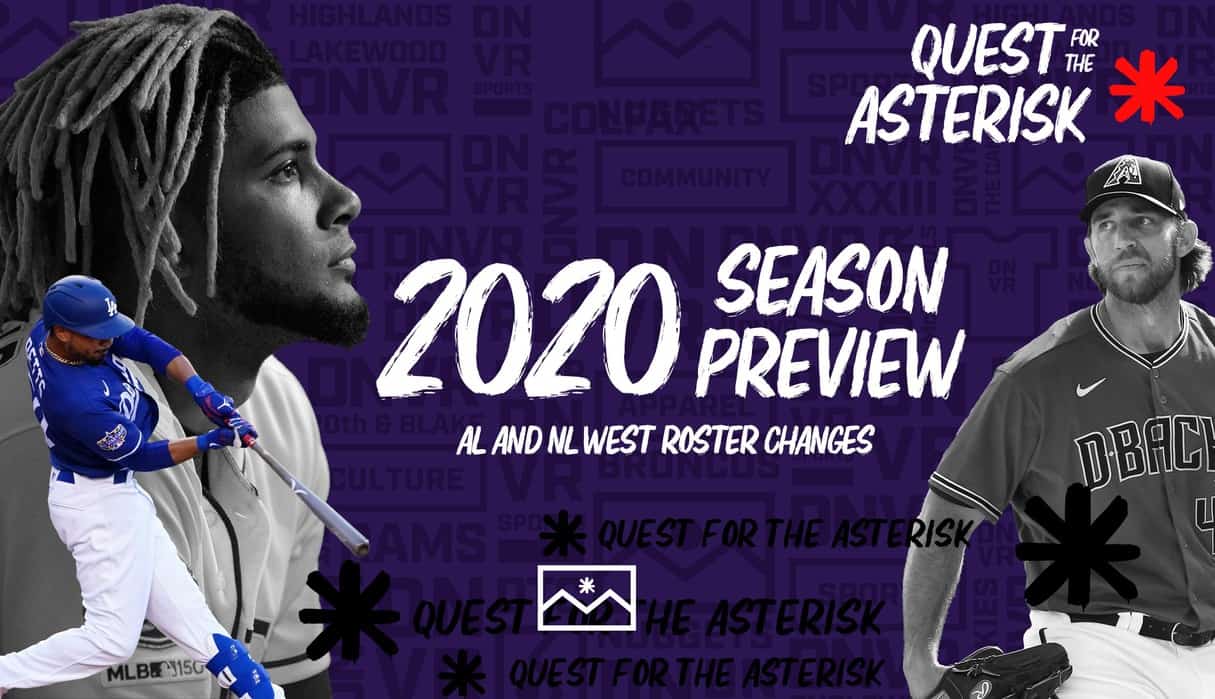 Posted in Editorials By TomWhitakerPosted on February 5, 2020September 15, 2020

We continue in our series of important questions in the offseason for the Angels with a look at how the other teams in the A.L. West have fared in their respective offseasons. The Angels have been a winner so far this offseason, clearly upgrading all their problem areas with cheap, short-term contracts, but how has their competition fared so far this season? Let’s examine!

The Astros were another winner of the offseason, as they significantly upgraded their offense with the additions of Beltran and McCann and could have the best defensive outfield in baseball with some combination of Reddick, George Springer, and Jake Marisnick. The one concern is pitching, which is why the Astros have continued to check in on trade candidates Jose Quintana, Sonny Gray, and Chris Archer, without much luck. If Dallas Keuchel bounces back and Lance McCullers stays healthy, however, the Astros should be able to separate themselves from the rest of the West. This team is flat-out stacked with young talent; players like Carlos Correa, Alex Bregman, McCullers, and Springer are just scratching the surface of what they can do, MVP candidate Jose Altuve is still around and is as consistently great as anyone in baseball, and the veteran additions should help push the Astros forward. As it stands now, they should be considered the favorites in the division.

The Rangers won the division last season on the strength of a 36-11 record in one-run games, which is the best record in one-run games ever. That kind of performance is extremely unsustainable, and prone to wild variations year-to-year. For example, the previous best record was set in 2012 by the Baltimore Orioles, who went 29-9. In 2013, they went 20-31, followed by a 32-23 record in 2014 and a 25-26 record in 2015. Simply put, don’t count on that kind of record in one-run games again. The Rangers benefited from some clutch hitting and strong bullpen work, but both of those things have wild variances year to year, as well. The Rangers only outscored their opposition by eight runs, which is hardly better than the Angels -10 run differential. The Rangers overachieved last season, and it isn’t hard to see them struggling this season. Full seasons from Yu Darvish and Jonathan Lucroy will certainly help, but other than that it’s hard to see where any improvement will come from this season, other than potential bounce-back seasons from Ross and/or Cashner. The Rangers also failed to replace the offense lost from Desmond, Beltran, and Moreland, only signing Napoli to plug into the lineup. Napoli had a good season last year, but struggled down the stretch and in the playoffs, and the advanced stats portend a bleak future for our old friend Napoli. Other than the top two in their rotation, Darvish (who’s been injury prone recently,) and Cole Hamels, there’s no area you can say the Rangers are clearly better than the Angels. I expect the Rangers to fall back considerably this season.

Old friend Dipoto has truly put his mark on this team, making trade after trade this offseason to almost completely remake the Mariners’ roster. Gifted with a team that already boasted superstars Robinson Cano, Nelson Cruz, Kyle Seager, and Felix Hernandez, Dipoto set about filling in the edges, and has done a remarkable job so far. The rotation should be very good top to bottom with Hernandez, Smyly, Gallardo, James Paxton, and Hisashi Iwakuma, the defense looks to be legitimately great, and they have depth, versatility, and speed at almost every single position. While this team is deep and versatile, there are questions in the bullpen and injury concerns in the rotation with Smyly, Iwakuma, and Paxton, and at some point you have to worry about decline with Cano, Cruz, and Hernandez, who may have started to show cracks this past season. If any of those players gets hurt or declines sharply, this team is in trouble. They’ve done a great job of improving themselves, however, and should be competitive all season long.

It’s been a slow, uninspiring offseason for a team that just doesn’t seem to have a whole lot going for it right now. The Athletics are floundering, and they seem to be acknowledging their fate this season by tinkering around the edges with fill-ins. There were some rumors of the A’s looking at free agent sluggers like Mark Trumbo and Edwin Encarnacion, but nothing serious materialized, and it’s hard to believe the A’s had any real chance of getting any of the top free agents available.  The A’s have some intriguing players on their team, headlined by ace Sonny Gray, but will any of them be on the team after the trade deadline? Players like Gray, Plouffe, Stephen Vogt, Jed Lowrie, Yonder Alonso, and Ryan Madson will most likely be traded, and the cycle can begin again for the A’s. It must be hard to be a fan of this team, with an atrocious stadium situation and a dismal outlook for the team on the field. The A’s have come from nowhere to win this division before, but it’s hard to see any kind of upside for this team, right now. They could potentially be the worst team in baseball this season.

The Bottom Line – Looking at the offseasons each team had, the Astros appear to be the class of the division, with the Rangers, Mariners, and Angels all clustered together, fighting for second place and a Wild Card berth. There’s a reason why they play the games, though, and I wouldn’t be surprised if any of those four teams came away with the division crown. Other than the A’s, the division is much improved, and should be one of the most competitive in baseball. The Angels have had arguably the most impactful offseason, if not the best, as they clearly upgraded their areas of weakness. It should be a very exciting season in the wild A.L. West this season!

How Have the Other Teams in the A.L. West Done This Offseason?
Scroll to top