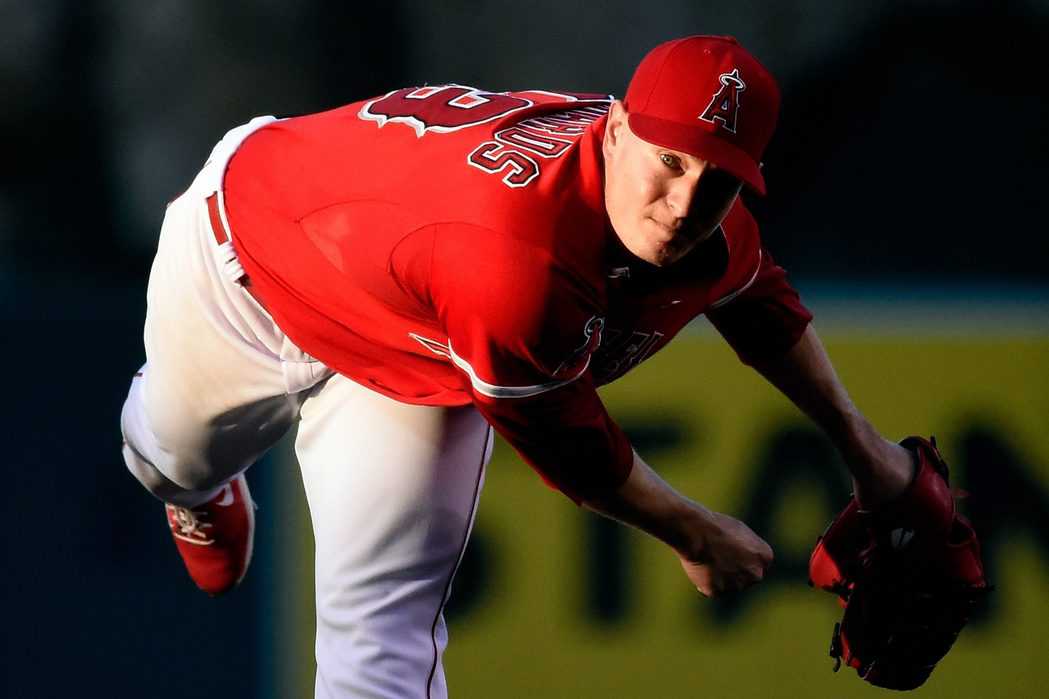 Posted in Halo News By TomWhitakerPosted on March 12, 2020

Garrett Richards was removed from Wednesday’s start versus the athletics due to a right biceps cramp.

Alarm bells were immediately sounded when it appeared Richards, who is pitching with a slightly torn ulnar collateral ligament, has to be pulled with an apparent arm injury. However, it appears there isn’t any major concern here.

Angels manager Mike Scioscia said there are no plans at this time for Richards to undergo an MRI. He’ll be re-evaluated Thursday. Well those plans have changed.. Garrett Richards (biceps) will undergo an MRI on Friday. The Angels insist that it’s only a precaution. Richards was lifted from Wednesday’s game with a biceps cramp.

It doesn’t sound like anything serious but given Richards’ injury history, it makes sense for the Angels to exercise as much caution as possible. Richards looked great before his cramp kicked in, holding the A’s to three hits over 4 2/3 scoreless innings.

Richards was limited to just 6 starts during the 2016 season due to a torn ligament in his pitching elbow. Rather than going the conventional route of Tommy John surgery, which would have sidelined him at least 12 months, he underwent a biometrics surgery. The unconventional approach allowed him to return in time to start the third game of the season for the Angels.

In those 6 starts he made last year, Richards went 1-3 with a 2.34 ERA. He was on pace to lead the majors for wild pitches that season, tossing 3 in just half a dozen starts. Richards led the league in that category in 2014 and 2015, despite missing time in both campaigns due to injury.

Injury News: Garrett Richards will undergo an MRI on Friday
Scroll to top