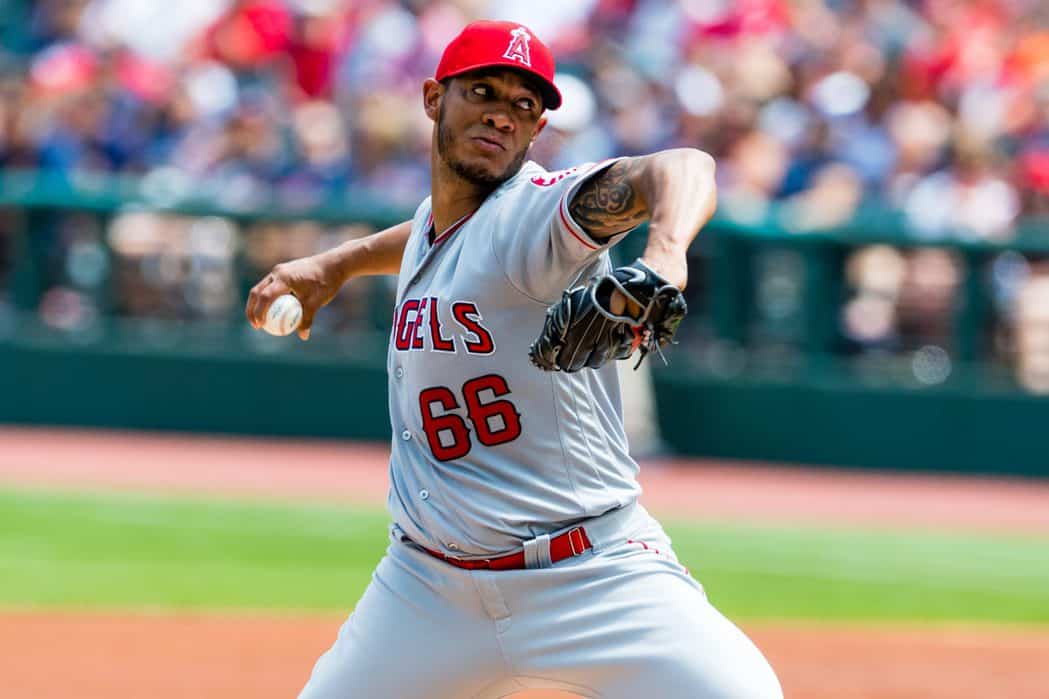 Posted in Editorials By TomWhitakerPosted on November 6, 2019

If you had J.C. Ramirez as the first Angels‘ pitcher to pitch into the fourth inning this Spring in your office pool, then you need to gamble more often! J.C. Ramirez pitched four innings on Friday, allowing four runs on three hits, two of which were home runs. J.C. Ramirez is an intriguing rotation candidate after putting up a decent season for the Halos in their bullpen last year. Ramirez posted a 2.91 ERA with thirty-one strikeouts in forty-six innings, and has the type of big, live arm that manager Mike Scioscia loves to have in his bullpen. In the offseason, the Angels approached Ramirez about stretching him out into a starter, and so the experiment began.

Ramirez has been up down in his seven innings so far this season, and he faces an uphill climb to make the rotation, as their are are seven or eight pitchers still ahead of him on the depth chart. Ramirez could still make an impact in a number of ways, however, as he could either become yet another pitcher capable of pitching multiple innings out of the bullpen, or he could continue to develop as a starter in the minors and would represent rotation depth at multiple levels of the organization. The Angels are looking to develop a deep and versatile staff, with players capable of stepping into the rotation or pitching out of the bullpen seeming to be the priority this spring. The Angels are currently projected to have multiple pitchers in their bullpen who could also start, and that number could go up depending on where Ramirez and pitching prospect Alex Meyer end up.

Ramirez represents a step in the right direction for the Angels, who are leaving no stone unturned while looking to improve their pitching staff all the way down to the lowest levels of the organization, without adding cumbersome salary that could come back to bite them. However things work out for Ramirez, it’s obvious that at the very least he could be an impact arm out of the ‘pen, and at best he could be a solid back-end starter with some upside. The Angels continue to slowly bring up the quality of the organization and its depth, and will reap the benefits for it.

J.C. Ramirez Looks to Make an Impact.
Scroll to top