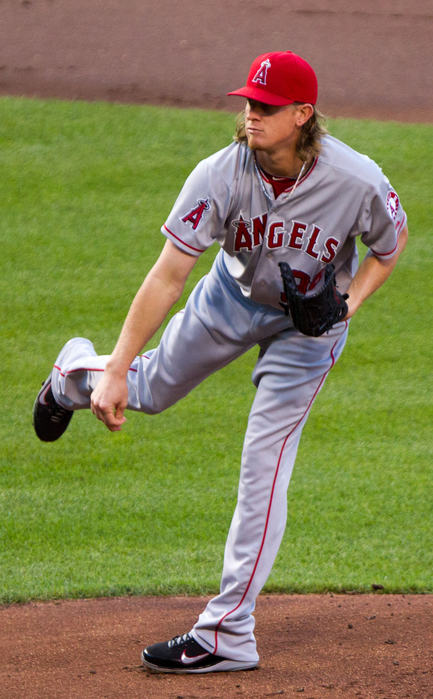 Last season, the Angels community knew that there could be a chance the veteran pitcher Jered Weaver may be hanging up his cleats or not returning as a halo. The fans gave him a standing ovation from Angel Stadium in October, but Weaver was hopeful the team would give him one last chance.

A couple of weeks ago, Weaver had the opportunity to talk with Billy Eppler via phone call, but it did not go well for Jered.

“I wanted to see if you guys had anything for me,” Weaver recalled telling the Angels general manager. He got the same answer then that he’d gotten in October: Sorry, but no.

“In the back of my mind I was hoping something would happen,” he said. “I kind of came to terms that it wasn’t going to work out.”It was around the time of his most recent conversation with Eppler that Weaver sent a group text to many of his Angels teammates, saying how much he’d enjoyed playing with them.

“It’s a little different,” he said. “You spend 11 years somewhere and never go to another team… It’s quick. The contract happened so quick. I didn’t have time to breathe.”

The now Padre, Weaver still had some fun messing with his now former team. “I wish them all the best,” he said. “Hopefully I get a chance to shove it up their …”

He smiled and edited himself.