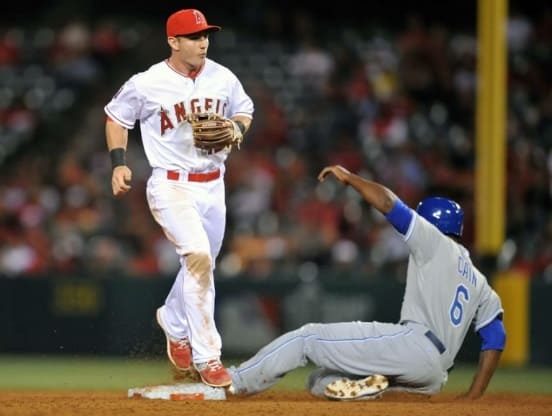 Posted in Halo News By TomWhitakerPosted on February 11, 2020

What appeared to be a shocking decision by the fans, The Angels looked into the future and Johnny Giavotella was not in those plans, so the Angels cut him Saturday.

Giavotella, 29, the Angels’ opening-day second baseman this season and last, had one hit in 19 at-bats this month and had not started any of the last five games.

READ: Is It Time For The Kaleb Cowart Era In Anaheim?

Of the 10 position players the Angels used on opening day, they have removed four from their roster. Giavotella and outfielders Daniel Nava and Craig Gentry were designated for assignment, and catcher Carlos Perez was sent to the minor leagues before returning as a backup.

With Giavotella now looking for a team, he wanted to thank the Angels Nation family one more time through social media. Thank you for everything.