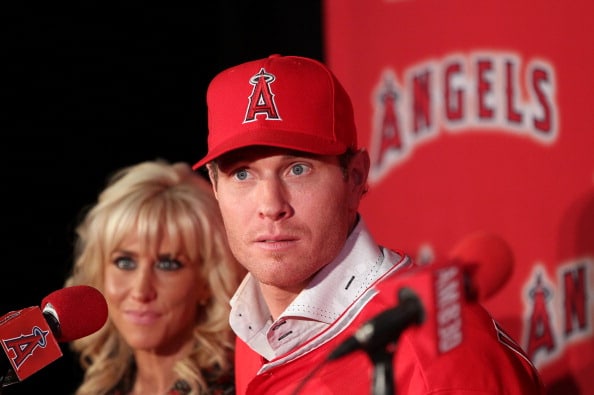 Posted in Halo News By TomWhitakerPosted on August 14, 2020

ANAHEIM – Angels Left Fielder Josh Hamilton is in the process of getting divorced from his wife Katie, according to court documents filed in North Texas. The divorce petition was filed back in early February in the Tarrant County, where Hamilton played five seasons with the Texas Rangers. The petition does not detail the couple’s problem they may be having, but the whole dispute with the Angels and Hamilton’s relapse is reported to be apart of it. Hamilton has a long history of substance abuse problems as earlier this year he self reported a relapse.

Hamilton has requested in his petition that his wife, is hiding the kids from him. Last month, Katie Hamilton submitted in a court denial to Josh Hamilton’s petition. The month of April, the couple agreed not to communicate with each other as the court starts looking at the files. Hamilton can not see his children without supervision according to court records. Hamilton is also not allowed in several homes at this moment.  Hamilton’s $16.5 million dollar home in Newport Coast went up for sale on Friday.

Angels owner Arte Moreno has said Hamilton might not play for the Angels every again after his episode. Hamilton is owed $83 million over the final three seasons with the Angels.

Angels Manager Mike Scioscia met with Hamilton last week, and told reports he is not sure when his left fielder will come back to the team.