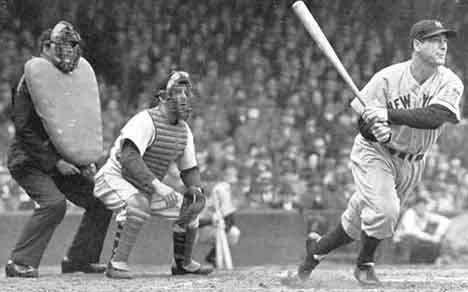 The two are both exceptional at their respective crafts. The accolades truly speak for themselves. The former player is as dangerous as can be in the batter’s box because his plate coverage and bat speed is unheard of. In terms of Hernandez, he is a guy that logged no less than 200 innings from 2008-2015. It is a stat that does not seem to really transpire anymore due to the higher usage of bullpen arms.

However, when the pair have faced one another, one of them has had far greater success than the other. In fact, the race is not even close by any means.

Trout is the one on top of the summit when this conversation is spoken of. What is scary is that he not only carries the edge. Rather, the face of the Halos’ franchise knows how to flat out dominate the Mariners’ top hurler. It is not even funny. The Associated Press reports that Trout’s “seven career homers against Hernandez are more than double any other pitcher in the majors except for one – he’s gotten Texas’ Yu Darvish four times.” Let that sink in for a moment or two.

In addition to the smorgasbord of dingers, Mike is hitting an impressive .382 (29-for-76) against Felix. It is therefore not difficult to decipher that the outfielder does not get fooled too easily when he faces the Mariners’ pitcher. Then again, the Angels’ phenom tends to not get fooled by a lot of pitchers. That is for sure. Thus, Hernandez is not alone by any stretch of the imagination. Halos’ Manager Mike Scioscia agrees with this posture, but discerns that such success off an ace is all the more special.

“‘Mike has had success off a lot of pitchers,’ Angels manager Mike Scioscia told the Los Angeles Times last year. ‘But to have success off of someone in Felix’s class says a lot about a player.’”

On the flip side of the coin, one Angel Hernandez has fared well against is the man who bats right behind Trout, Albert Pujols. Albert goes into tonight’s game hitting a measly .177 off King Felix.

Hernandez’s foe tonight will be Ricky Nolasco, the Halos’ Opening Day starter. Although Nolasco lost last Monday, he has generally pitched well since he was traded to the club last summer. His overall improvement could make for a potential pitchers’ duel this evening. Be that as it may, Trout could very well mess up the balance of things if the trend remains consistent. He is noteworthy for messing up a lot of things for opposing pitchers.