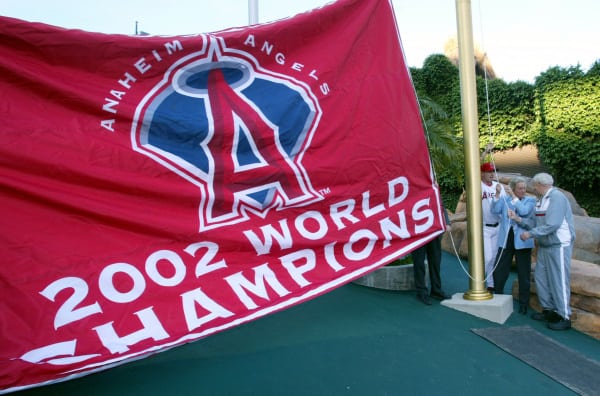 It’s hard to think of the positives after last nights blow out lost to the Cubs, but there is interesting fact that could make your day in a way. Including last night, The Angels have been shutout twice on Opening Day, the previous shutout happened in the year of 2002. In case you do not remember, The Angels won the world series in 2002 and were crowned the best team in baseball. Now this does not mean the Angels are gonna win it all, but it’s an interesting fact that may kind of push the team forward.

Now when the Angels did win it all, they had the likes of David Eckstein, Troy Glaus, Chone Figgins, Garret Anderson, and Tim Salmon, now that was a very dangerous hitting core. Now in the present for the Angels organization, they have the likes of Mike Trout, Albert Pujols and Kole Calhoun as their primary go to hitters, but it’s a totally different roster from 2002.

Remember folks, it’s only game out of many for the Angels. They faced an outstanding CY Winner from the Cubs, and the Halo’s Bullpen looked a little flat. It could be the opening home game nerves, because the Angels have not won an Opening Home game since 2013.

One of the key factories for the Angels right now is to regain their healthy pitching staff. Mike Trout won’t be able to carry the team all by himself.

Last Time Angels Were Shutout On Opening Day, They Won The World Series
Scroll to top