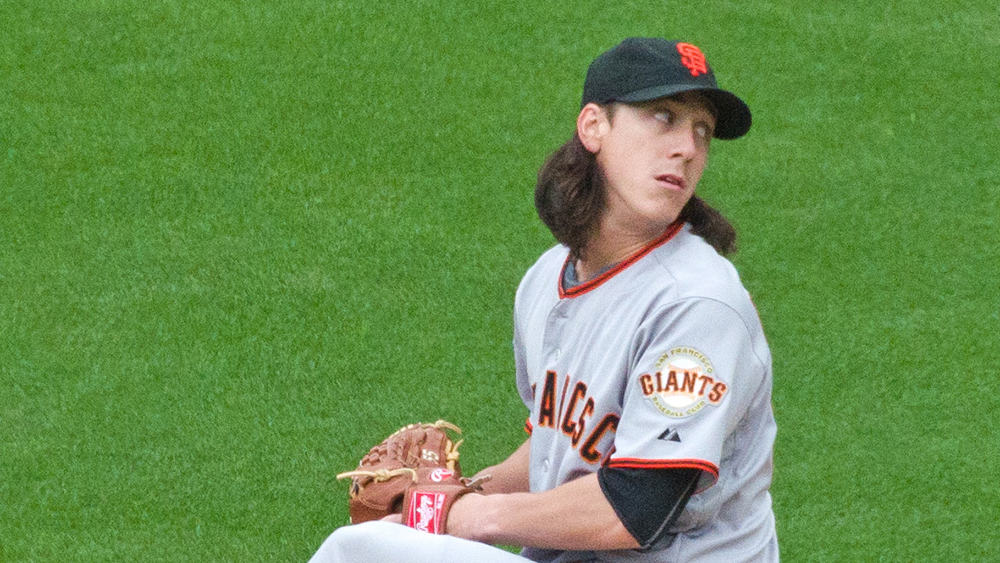 Posted in Halo Results By TomWhitakerPosted on April 15, 2020

A humid Tuesday night in beautiful Anaheim was the setting for the second game of the three game series between the surging Houston Astros and the hometown Anaheim Angels. Tim Lincecum would toe the rubber against Scott Feldman of the Houston Astros.

Lincecum was all over the place in the first inning where he got all three outs by strike out but he also gave up a three run home run to the Astros clean up hitter and shortstop, Carlos Correa. 3-0 Astros. Lincecum would settle down the next inning retiring the side without a run highlighted by a spectacular play by Halo third baseman Gregorio Petit.

The Angels backstop Carlos Perez would show off his ninety foot dash to lead off the third inning with a lead off bunt for a single narrowly beating the throw the Houston first baseman Marwin Gonzales. Mike Trout would proceed to reach on an error with two outs which was followed up with an RBI single from The Machine, Albert Pujols.

Trout and Pujols would also each steal a base this inning…one of those was definitely more surprising than the other. 3-1 Astros. The top of the fourth would not start off very pretty for Tim “Big Time Timmy Jim” Lincecum who would give up a leadoff triple to the Astros’ Marwin Gonzales. The very next batter, Carlos Gomez hit a missile down the third base line which would put him at second base and would score Gonzales. 4-1 Astros. Lincecum retired the next three without a scratch thanks to a sweet diving play by Halo second baseman Johnny Giavotella.

Lincecum would not make it through the fourth inning where he struggled and left the game with runners at the corners.The Angels manager Mike Scioscia would bring in the Venezuelan righty Deolis Guerra. Guerra would allow one of Tim’s runners to score but retire the last outs of the fifth without further damage. 5-1 Astros. Guerra buckled down and silenced the Astros offense in the sixth inning. The Angels would threaten again in the sixth inning with Trout and left fielder Daniel Nava with a walk and a single respectively. Astros righty Michael Feliz would proceed to retire the next two batters and shut down this Angels rally.

The Astros would tack on another run in the seventh inning off the bat of Correa which was his fourth RBI of the day. The young shortstop has the look of a young Angels killer in his eyes. 6-1 Astros. The newest Angel, JC Ramirez would come into the game to pitch in the seventh and retire the side quickly. The Angels would earn another runner in scoring position with the defensive wizard, Andrelton Simmons getting a two base knock. the Gold Glover Kole Calhoun would strand him with a fly out to the warning track. Houston would score another run in the eight off of JC Ramirez. 7-1 Astros.

Angels lefty Jose Alvarez would come in to pitch in the ninth inning and would bend but not break as he lets two base runners on but does not allow them to score. The Angels would not be able to score in the ninth inning which leads to them dropping the second game of this three game series. The Angels will try to scavenge at least one win and avoid the three game sweep…again.

Tim Lincecum not looking like “The Freak” Anymore
Scroll to top