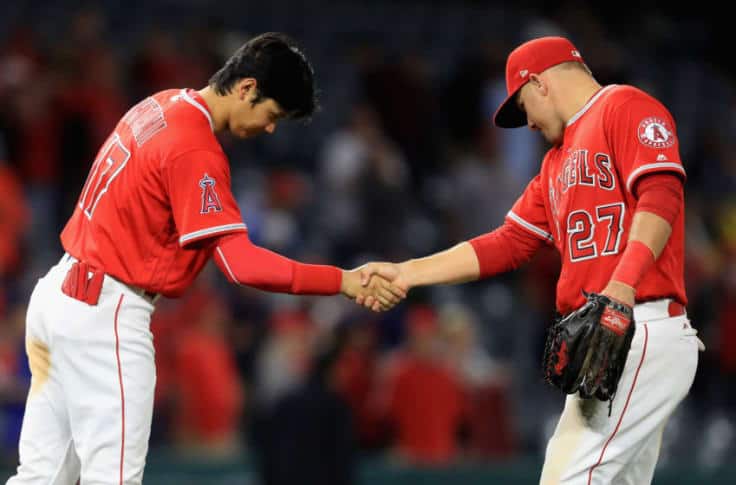 Posted in Editorials By TomWhitakerPosted on August 1, 2020September 15, 2020

The season is finally over. The curse of the goat has ended, 108 years of futility and misery have finally been wiped away for the Chicago Cubs; now, the offseason can begin. Players will be moved, traded, signed, released, and demoted, moves will be questioned, and a new champion will be crowned on the basis of their offseason moves.

Where will the Angels find themselves in this offseason? We’ve already covered potential options in the rotation and the bullpen, but what about the position player market? There happens to be some intriguing and potentially impactful free agents at just the right positions for the Angels this offseason. The question is, after a quiet offseason last year, are the Angels planning on sitting out free agency yet again, or did this disastrous season motivate the Angels to make big additions?

Time will tell, but we have no problem giving out our unsolicited opinion! The Angels were an above league-average offense last season for a lot of the year, and have some decent players at a few positions; Yunel Escobar at third, Andrelton Simmons at shortstop, Albert Pujols and C.J. Cron switching between first base and DH, Kole Calhoun in right field, and, of course, Mike Trout in Center. That leaves catcher, second base, and left field as areas needing obvious upgrades.

Catcher – The Angels received a decent season from Jett Bandy, and he’s young enough to make improvement. That was what we all thought about Carlos Perez after last season, however, and neither one is a sure thing.

Bandy showed an ability to get the bat on the ball but is lacking a bit behind the plate, whereas Perez hit only .209 but was a gold glove finalist. You could roll with these two behind the plate, but if the Angels have any thoughts at all of contending, they will probably add another veteran at this position. Fortunately there are a few good options that could come relatively cheap, and with top prospect Taylor Ward playing well so far in the minors and Arizona Fall League, they won’t need to add a top name for multiple years. The Angels should be looking at a more offensively inclined player, someone like Dioner Navarro, Nick Hundley, or Jarrod Saltalamacchia, all flawed players that could be had on a cheap, one year deal to add some competition to the position.

The best option for the Angels, though, may be to bring back Geovany Soto, who suffered through another injury plagued season but looked good when healthy. Soto could probably be brought back at a one year deal for around two million or even less and would fit in well with these young catchers without threatening to take too much time from them if they prove ready to step up full time.

Second Base – This position has plagued the Angels the last two seasons after trading Howie Kendrick. After rotating Johnny Giavotella, Cliff Pennington, Gregorio Petit, and Kaleb Cowart to no avail, the Angels need to aim high here. Neil Walker is the top option available, and after putting together a decent season for the New York Mets, he’ll surely be aiming for a contract similar to the one Daniel Murphy received last season, and the Angels need to give it to him.

There are other potential options here like Chase Utley and Sean Rodriguez, but Neil Walker would be a huge boost to the Angels, and a four year deal for around fifty million, a little over twelve million a year, sounds like a good fit.

Left Field – Update: The Angels have traded for Cameron Maybin. He will be the starting left fielder. The bane of our existence, this position has been a veritable black hole for years now, and Garrett Anderson is not walking through that door to return us to those glory days – it’s time for the Angels to stop pinching pennies here and finally add a legitimate left fielder. After attempting to fill the position with a platoon of Daniel Nava and Craig Gentry, neither of whom made it through the whole season, the Angels should set their sights high.

Should the Angels make a run at bringing back Mark Trumbo? While it’s certainly possible Trumbo figured some things out at the plate this last season, the truth is he had struggled for the majority of his time after the Angels traded him and ended up in a perfect situation in Baltimore; in a ballpark perfectly suited to him, surrounded by studs and sluggers in the lineup, neither of which he would find in Anaheim. The truth is, Trumbo basically was a better version of the same player he was for the Halos, where he clubbed home runs with no problem but could do little else.

That kind of player has great value, but is Trumbo really worth 150 million dollars? Some team will be willing to pay Trumbo that amount, but the Angels shouldn’t be that team. The Angels could make at a run a poor-man’s version of Trumbo in Colby Rasmus, another slugger who doesn’t do much else at the plate, for half the price, and Rasmus would at least also bring gold glove caliber defense. Ian Desmond rebuilt his value with a good season and would fit well at the top of the lineup. Yoenis Cespedes will almost certainly opt out of his contract, and could be a player worth 150 million dollars.

The Angels might be wary of handing out 100 million dollar contracts, however, and rightfully so after the last few big name free agent signings have not panned out for the Angels. If they don’t want to reach for the stars for someone like Cespedes, players like Josh Reddick, Michael Saunders, Desmond, or Rasmus could fit well on this team, or even a buy-low candidate like Carlos Gomez, who struggled all year but finished strong and could have a bounce-back season. Adding someone like Cespedes or Trumbo would be a huge boost offensively, but would cost more than the Angels should probably be willing to pay. Someone like Desmond or Reddick would be ideal fits, and if either one commands money closer to Cespedes or Trumbo, than a bounce-back candidate like Gomez would be an interesting addition.

The Bottom Line – The Angels carry a few glaring weaknesses into the offseason, and will open up at least forty million dollars in cap space with the departures of C.J. Wilson and Jered Weaver. Luckily for the Angels, they have options at all those positions on the market, and could improve greatly with the right additions.

Adding Soto on a one year, two million dollar deal, Walker for fifty million over four years, and Desmond for ninety million over five years would be perfect fits for the money and still leave the Angels with some cap space to add to the rotation and bullpen. The good news for the Angels is they have options at all price points at their positions of need, and this offseason is an important one to see where the Angels truly believe they’re at as far as contending. It’s going to be an exciting offseason. Let the hot stove season begin!

Looking at the Angels Potential 2017 Lineup
Scroll to top