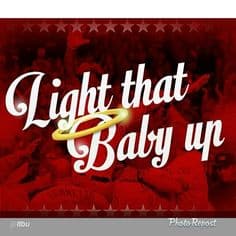 Posted in Halo Results By TomWhitakerPosted on January 1, 2020

The Angels were able win a series and move up in the division. Even though it’s a win over the last place team,but hey a win’s a win.

It also requires a dominant pitching performance by Jered Weaver who may have been inspired by Tim Lincecum and shit down the A’s. The Angels scored first on the most unlikely play. They Angels have runners at the corners with Albert Pujols to the plate. He hits a grounder to short. Thinking it’s another double play fans groan, but surprisingly Albert beats it out and the runs scores! Who knew Albert still had a little pep in his steps.

With that one run behind us, began Jered Weaver’s no hit bid. A complete game shutout for the Angel veteran he stayed true to the saying “pitch to contact” because weaver only struck out one batter in his nine innings of work. With a great defense behind him who Wouldn’t lean of the defense as they were solid, not committing a single error. The CGS brings Weaver’s ERA Down to 5.10.

Thankfully that wasn’t the only run of the ballgame. Carlos Perez steps to the plate in the 5th. Casually watching the first pitch to get a feel for it. In the cents at towering 415 shot to left-center field. With Jered Weaver’s
Pitching performance the game was in the bag as he ended the ninth 1 2 and 3.

They are small but big victories for angels as they been struggling struggling of the late against teams now some confidence facing some lower ranked teams. It’s possible this is the steam the angels need to get on a winning streak. Angels have been had a really rough season but it’s no excuse Dave moving that they can still play baseball and they win a few ballgames.