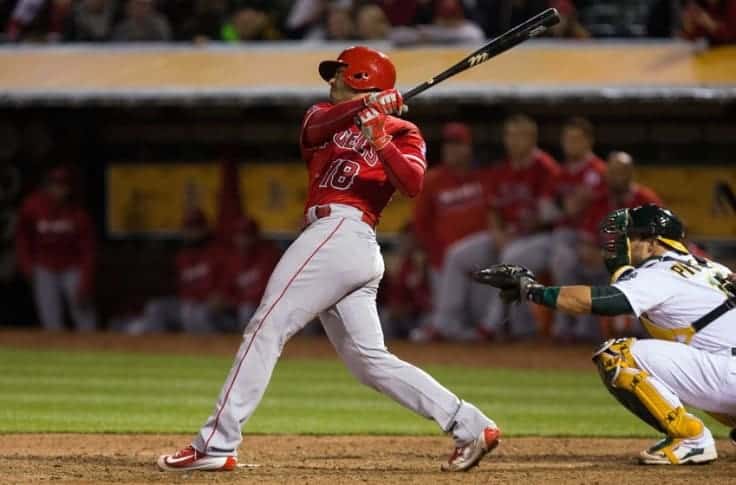 Posted in Halo Results By TomWhitakerPosted on March 21, 2020

A rough first inning for the Angels, Hector Santiago, gives up the first run in the first inning.  Fear was alluded for a while as the Angels were able to strike back as, Simmons, scores Pujols on a fielder’s choice double play. Even though his bat hasn’t been on fire, Pujols, has been an inspiration for the team by being aggressive and bringing positive energy in the dugout.

Later on, Semien, would burn, Santiago, with a two homer game from the sophomore shortstop. This did not phase the Angels starter, giving up four earned, went deep into the ball game. He kept battling and keep the Halos within reach of the ball game. The Angels trailed 4-1 over seven innings, the Angels looked like it had been since opening day. what look like tragedy was going to strike as the game turned to the top of the ninth.

It’s the top of the ninth with one out, Cron, walks with one out. Geovany Soto, up to the plate and crushed a two-run big fly to left center field giving the Angels a one run lead over the A’s. Huston Street, gets the call in the bottom of the ninth and produces a one, two, three inning and saves the game for the Angels.

The Angels have scored 9 times in two games. the bats have come alive for our Angels. They will need it for, Matt Shoemaker, takes the mound against the A’s tomorrow afternoon. Don’t fret Angel fans, as long as he can carry the confidence from the last to games we will see the, Matt Shoemaker, of 2014. The Angels look to sweep in the final game of the series against the Athletics.