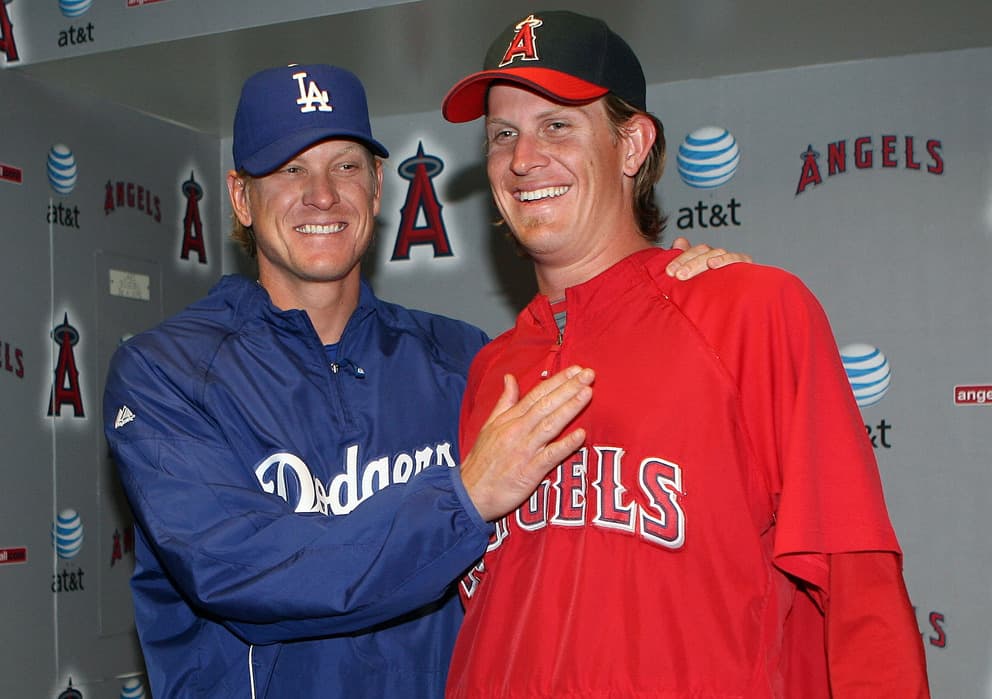 Posted in Halo Results By TomWhitakerPosted on July 9, 2020

When it came to the question of Jered Weaver’s pitching ability before Sunday’s game at the Big A, nearly everyone had a bit of hesitation.  In a less-than-decent Spring Training, Weaver’s pitching speed was never near that of his prior seasons, and his pitch count was low, which was concerning for most fans.  However, if he could deliberately get pitches in the corners and utilize his change-up, Jered was sure to cause problems for the Rangers…and he did.

Weaver held the mound for 6 solid innings, keeping the Texas Rangers at bay for most of the game, with only a few moments of panic due to runners on base.  Yet, the Angels defense was always right there to help clean up the bases and get him out of the jam.  Although he gave up a solo-shot home run to Nomar Gazara in the 5th, Jered held the lead and left the rest to the bats of his teammates and the arms of the Angels bullpen.

Mike Trout, although hit-less, was able to knock in 2 RBI’s and Albert Pujols grabbed an additional RBI (making his career total 1701), to lead the Halos to a 3-1 victory. The Angels bats still looked a bit shaky, and they left quite a few runners on base, but all in all this was a great team effort. Fernando Salas and Joe Smith’s relief efforts from the bullpen quickly sat the Rangers batters back down, and Huston Street came in to seal the deal, bringing the Angels their 2nd win on the season. Jered Weaver got his first win of the season, and Street celebrates his first save (Street also being the only other Angels pitcher with a win under his belt this season).

The Angels now head up to Oakland for a three-game series against the A’s, and then will travel across the Midwest to Minnesota and Chicago to take on the Twins and White Sox.  Let’s hope they improve their pitching, grow more comfortable at the plate, and most importantly, have some more W’s in the win column when they come back home on April 22nd.  Another great Halo victory!