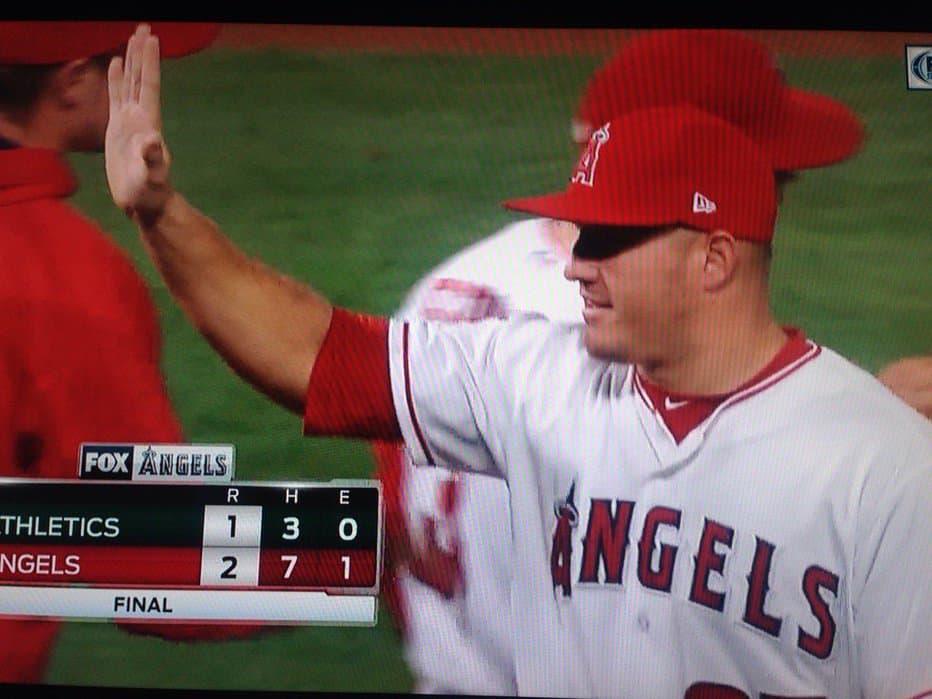 Posted in Halo Results By TomWhitakerPosted on April 16, 2020

We are going to make it short and sweet, but the Angels have finally won a baseball game. Folks the losing streak is finally over! Angels MVP Mike Trout would start the game with a solo shot as the halos had the lead!

That lead would be short-lived as the Mariners would score four unanswered runs and took a three run lead into the 6th. That is when the miracle would begin!

With two men on due to walks, Albert Pujols would crush a homer to tie the game up. With a close game at hand, it was time to end this losing streak.

We all know it was a miracle because Salas got the three outs as the Halos would LIGHT THAT BABY UP! It’s time to celebrate like 2002!

LTBU: THE LOSING STREAK IS OVER! ANGELS WIN ANGELS WIN
Scroll to top