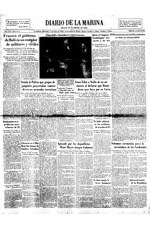 Posted in Halo Results By TomWhitakerPosted on January 15, 2020

Looking to avoid a sweep by Oakland, the Angels gave the ball to Hector Santiago on Sunday afternoon. Earlier in the season, Santiago pitched 7.2 innings against the Athletics, giving up seven hits and four earned runs. For the Athletics, struggling ace Sonny Gray took the mound in hopes of turning his season around.

The Angels struck right away in the first inning. Kole Calhoun and Mike Trout hit singles to put some pressure on Gray, and C.J. Cron smacked a line drive into right field to bring home Calhoun, making it 1-0. The next batter, Johnny Giavotella, popped out on a sacrifice fly that brought in Trout, and the Angels took a 2-0 lead.

In the second inning, the Athletics got on the board. With runners on-base and no outs, Yonder Alonso grounded out to Giavotella, which scored Jake Smolinski and made it 2-1. Santiago proceeded to strike out the next two batters, limiting the damage to only one run.

It all fell apart for Santiago in the fourth inning. After two singles and a walk, the bases were loaded up. Coco Crisp launched a grand slam into center field to make it 5-2. Right after Crisp, Marcus Semien crushed a home run to left field, and the Athletics took a 6-2 lead. Santiago punched the mound a couple of times to show his frustration, but eventually got out of the inning.

The seventh inning stretch woke up the Angels. Fernando Rodriguez replaced Gray, and the batters started hitting again. Andrelton Simmons singled into center field, and with two outs, Trout homered on a fly ball to center field, making the ballgame interesting. Albert Pujols ended the rally with a ground out, and the Athletics kept a 6-4 lead.

After Giavotella ripped a double down the line, “Johnny B. Goode” played over the stadium’s speakers and got the eighth inning rally started. Then, Jefry Marte hit a line drive single to score a run. Keeping the inning going, Simmons tied up the game with a RBI single. Calhoun struck out to end the rally, but the Angels tied it up at 6-6 going into the ninth inning.

In the ninth inning, Trout and Pujols quickly to work with back-to-back singles. Cron popped out for an infield fly, but Giavotella fought hard and worked a walk, which loaded up the bases. With the crowd on its feet, Marte crushed a ball into right field for a walk-off sacrifice fly, giving the Angels a huge 7-6 comeback victory and ending the losing streak.

Huston Street (3-1) received the win after pitching a solid ninth inning. Liam Hendriks (0-1) took the loss and increased his ERA to 7.17 for the season. The Angels improved their record to 32-44 with the win, and they will take on the Houston Astros tomorrow night at home.

LTBU: It’s a “Marte Party” as Angels Rally and Win 7-6
Scroll to top