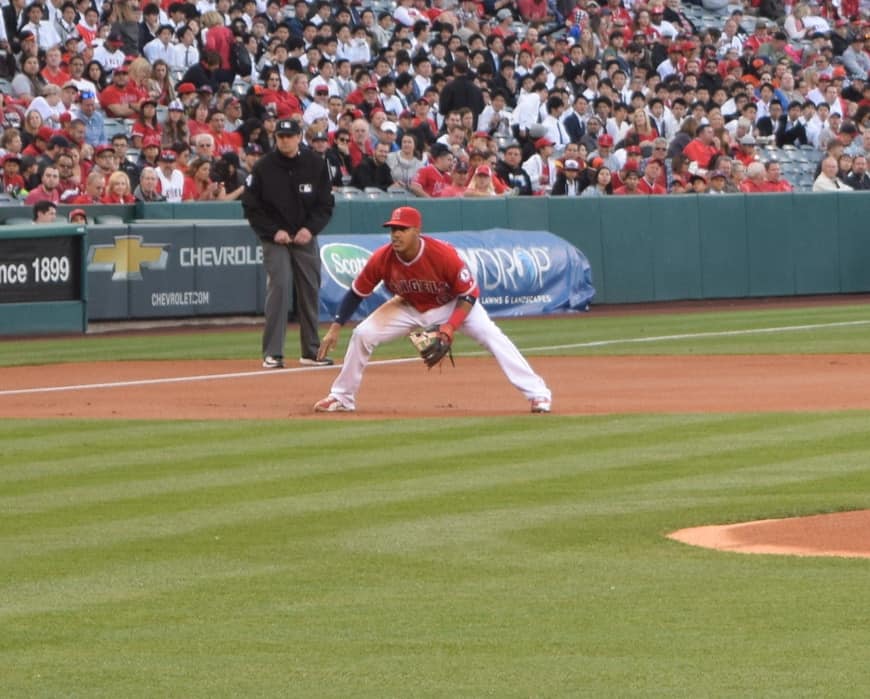 Posted in Halo Results By TomWhitakerPosted on October 2, 2019

Another comeback from behind victory for the Angels, and Nick Tropeano, held the Royals to 2 runs. The first 2 runs came in after Eric Hosmer unloaded on the ball in the first, making it a 2-0 ball game. Tropeano, did not show signs of weakness, as he battled the Royals for 5.1 inngs with 6 strikeouts. After, Tropeano, departed the bullpen came in and showed their strength. Fernando Salas and Jose Alvarez, came in and put their mark in the game. Joe Smith, showed up to close instead of, Street, but nonetheless he shut down the Royals in the ninth. The pitching staff has kept this team in the game and the outing was great against the defending champs.

Even though they started at a deficit, the Angels, did not fret. In the 4th inning, Rafael Ortega, singled to right, Mike Trout, steps to the plate; then sends a moon shot to straight away centerfield, tying the game! After tying the game we turn to the bottom 6th, Yunel Escobar, takes a ball deep to center making it a one run game. The home run parade isn’t over, in the 7th inning, Andrelton Simmons, knocks his first home run as an Angel. Simmon’s, home run was the icing on the cake as the Angels SWEEP! Final score 4-2 Angels.

This was an all around team effort to get this sweep. Angel fans deserved this sweep because the Angels have been very streaky this season. The volt of confidence should carry as the Angels travel to Texas on Friday at 5:05 pm PDT.