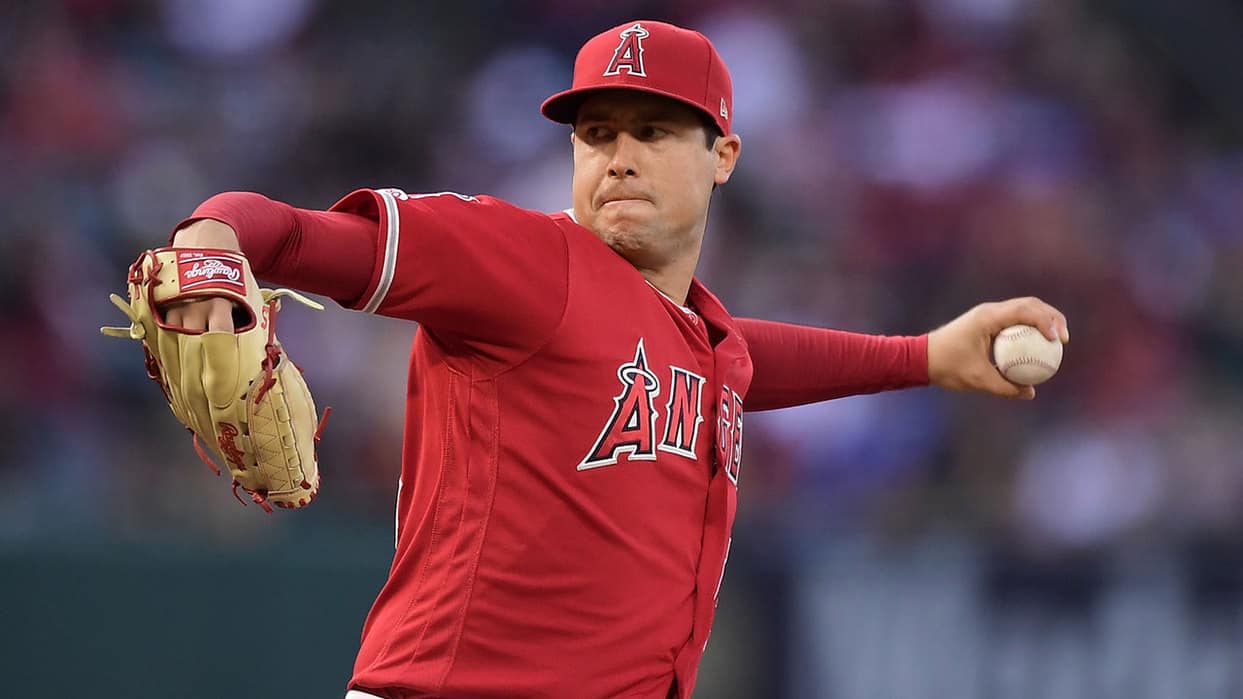 Posted in Halo Results By TomWhitakerPosted on November 2, 2019

A warm Missouri night would be the stage for the long awaited comeback of the young lefty, Tyler Skaggs. In his first game back Skaggs would be opposed by the right hander of the Kansas City Royals, Dillon Gee. Skaggs has not pitched in a Major League Baseball game since July of 2014 as he has been rehabbing from Tommy John surgery. This series is also a rematch of the 2014 American League Division Series in which the Angels battled but would eventually lose the series to this young Royals team.

Gee would be shaky in the first inning giving up a leadoff single to the Angels third baseman, Yunel Escobar. Escobar would be knocked in by the very next batter,  the Gold Glover Kole Calhoun! 1-0 Halos. The Angels would proceed to load the bases for the left fielder Ji-Man Choi. Choi hit a hard line out to the Royals third baseman Cheslor Cuthbert to end the inning. Tyler Skaggs impressed in the first inning aside from his leadoff walk he gave up( we will call it first batter jitters). He struck out Cuthbert and the former Angel Kendrys Morales on a couples curveballs so filthy that you probably have to be at least eighteen years old to view legally. The Halos would get a couple hits thanks to Carlos Perez and Escobars’ second of the game but would fail to bring either runner home. Tyler would continue to look really good in the beginning of this match up.

The Angels would threaten in the fourth inning courtesy of hits by Yunel Escobar and Carlos Perez along with a walk to Johnny Giavotella. The bases were juiced until Kole Calhoun hit an RBI groundout followed by an RBI single by Michael Nelson Trout!   3-0 Halos! Tyler Skaggs had an absolute shut down fourth inning working to keep the lead his team gave him. Unlike in the fourth, the fifth would be a little bit of a struggle for Skaggs when he would give up a leadoff single and stolen base to Royal, Paulo Orlando. Calhoun would make a heads up double play to get the Angels out of the inning without a scratch. The backstop Carlos Perez would go yard to lead off the second inning increasing the Halo lead to 4-0! Johnny Giavotella Giavatorqued a ball in the gap and strolled into second with a double. Escobar would reach on his fourth hit of the game! Escobar esta en fuego! Kole would record his third RBI of the game which scored Giavotella. 5-0 Halos.

The Halos would not back down with Johnny G hitting another double and stealing third! He was followed by Yunel’s remarkable fifth hit of the game!!! 6-0 Halos! Calhoun would follow with his second hit of the game. These Halo bats are alive and well! Skkkkkaggs would end up with seven stellar shutout innings! Joe Smith came in and threw a 1-2-3 eighth inning to take the Angels to the ninth! The Halos would not quit with Andrelton Simmons, Carlos Perez, and Johnny G getting baseknocks! (Carlos‘ 4th of the day!) A blast from the past would come into the game as a reliever in the ninth in the form of Chien-Ming Wang. Calhoun would get yet another RBI from a groundout. 8-0 Halos. Up next, Trout would crush a double knocking in two runs followed by Albert Pujols knocking in Trout wth a base hit! 11-0 Halos! Choi would score a couple more on a two RBI single which would make it 13-0 Halos! Since no pitcher for the Royals could make any progress with the Angels lineup, manager Ned Yost would bring in the backup catcher, Drew Butera(former Angel) to pitch. The catcher was clocked at 92 MPH on the gun en route to retiring Johnny G. Angel reliever Deolis Guerra would come in to close the game out in this definitely not save situation. LIGHT THAT BABY UP

Tomorrow will wrap up this series between the Royals and Angels with Matt Shoemaker throwing against Danny Duffy. See you all tomorrow!

LTBU: Two Years In The Making; The Return of Tyler Skaggs
Scroll to top