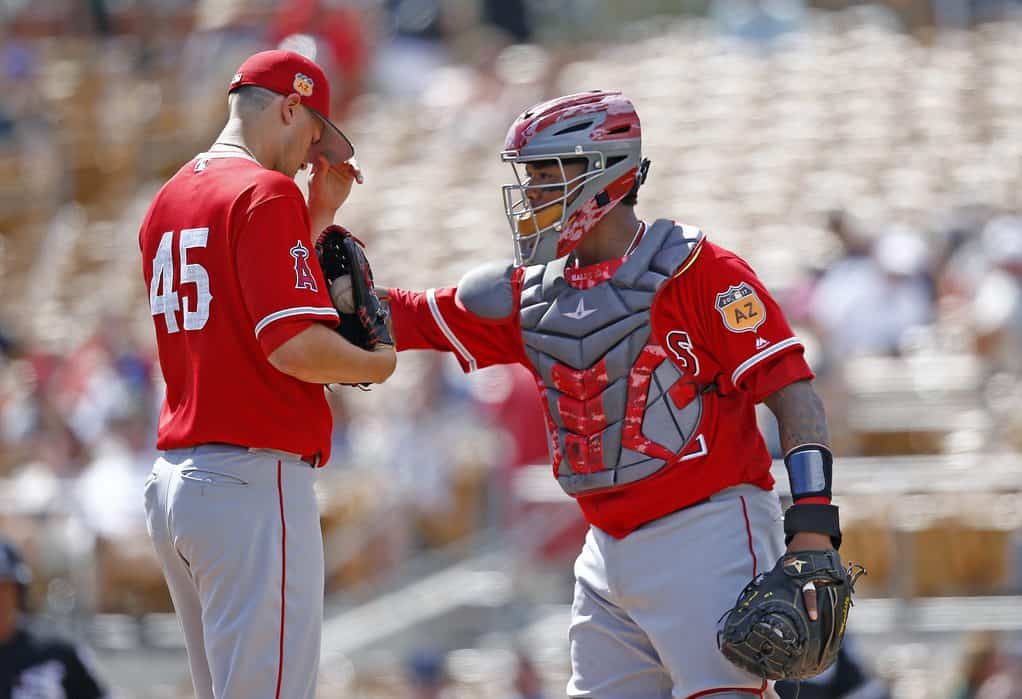 Posted in Halo News By TomWhitakerPosted on September 24, 2019

Last year Martin Maldonado had a not so welcoming beginning in Anaheim as some thought is was a strange trade that brought him over from Milwaukee for Jett Bandy, a younger catcher that showed flashes in his rookie season. Why would the Angels give up Bandy for an older catcher with less offensive skills? By the way, Bandy is hitting .333 with four home runs in 16 games for the Brewers this year. When Maldonado arrived in Anaheim, people were mostly excited about his defensive prowess including his ability to throw out baserunners at a career 36% rate (league average is 28% during his career).

But the part of Maldonado’s game that people were concerned with was his hitting. During his five years before joining the Halos, Maldonado had a career average of just .217 while hitting a homerun only once every 34.5 at bats.

But since joining the Angels this year, Maldonado has seen a surge in a few offensive numbers. His current batting average of .254 would be the second best of his career but even better this season is his .342 on base percentage. As someone who usually bats ninth in Mike Scioscia’s lineup, Maldonado isn’t an automatic out like many number nine hitters in the league. In 2015 (most recent stats I could find) the American League OPS average for number nine hitters was .282 so Maldonado ranks high compared to the those numbers.

In fact, his on base percentage ranks third on the Angels behind Mike Trout and Andrelton Simmons (yes, Maldonado has limited at bats this year but it’s still pretty good). Not that Maldonado can be thought of as a second leadoff hitter in the number nine slot, something Scioscia has been know to use in previous seasons, but so far this year Maldonado has turned into a valuable hitter at the end of a lineup that at times has found it difficult getting on base.

Martin Maldonado joined the Halos this year with the reputation of being a great defensive catcher with the ability to call a good game from behind the plate and make any baserunner think twice about stealing a base. But now that he has added a bit of offense to his game, the Angels may have finally found themselves a consistent catcher that can not only get on base but please the defensive minded Scioscia.