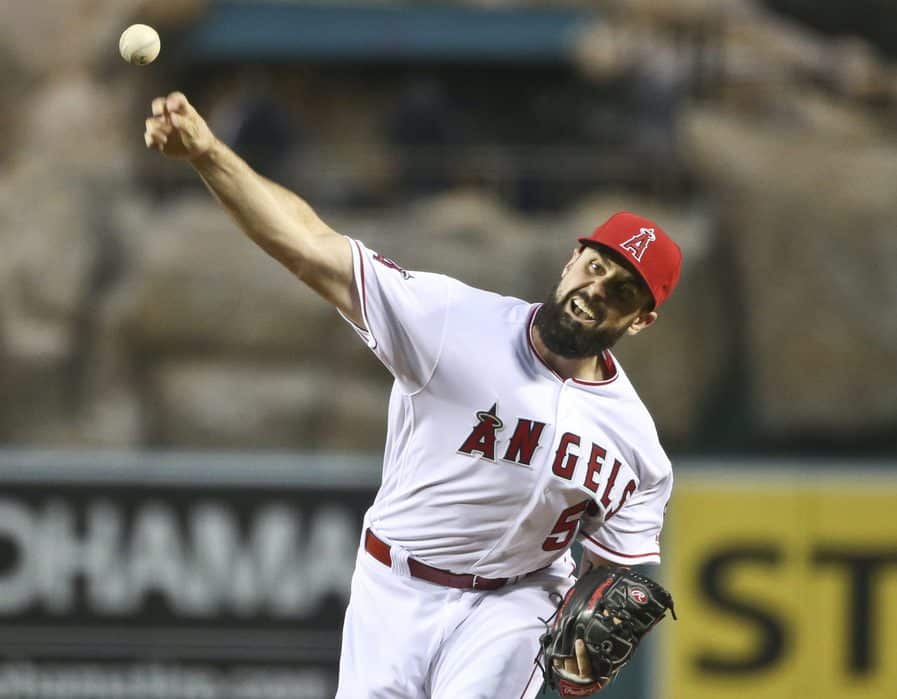 Posted in Halo Results By TomWhitakerPosted on August 19, 2020

Angels pitcher Matt Shoemaker did not get the start he wanted to, as he gets roughed up in the 7-3 loss to the Rangers. Angels fall to 1-3

After coming behind to beat the Rangers yesterday in a walk off fashion, one would think the team would be pumped and ready to start fresh. The team looked flat right off the gate, as Matt Shoemaker was the starter for Game 2 against the Rangers. Long story short, Shoemaker went 3 innings, allowing seven hits, six earned runs, three walks and a home-run. Shoemaker would be pulled with an 18.00 ERA. How did all this happen? It all started in the 1st inning.

Shoemaker would walk the first batter, (joy) as the following batter would get on with a bunt base hit. With runners on the corner, Price Fielder would knock in DeShields for the RBI Single. Following that, Adrian Beltre would single to left field to bring in Shin-Soo-Choo. Mitch Moreland would join the party as he would double to right field to bring in Fielder. The 1st would end with the Rangers up 3-0. The Angels starting pitching has allowed 5 runs over the course of four games this season in the 1st inning.

That would only be the beginning of a long day for Shoemaker. Matt would come back on the 3rd inning, with the lead 3-1 Rangers, and allow a 2 run home-run to Odor. The lead was not 5-1, and with the Angels offense not helping out again tonight, it was time for Shoemaker to leave before it got really ugly. Shoemaker would leave in the 4th inning, no outs with allowing a single to DeShields. His replacement Cam Bedrosian would allow DeShields to score on a fastball in the dirt. Shoemaker would be counted for that run, but Bedrosian, cmon man.

The rest is pretty much history, the Rangers would continue to strive on both offense and defense as they finished the day with 10 hits and only allowing 3 runs. Rangers went on to win the game 7-3. It’s back to square one for the Angels, as they try to regain the series lead against the Rangers tomorrow night. Jered Weaver is making his first appearance this season as he is coming off his worst spring training.