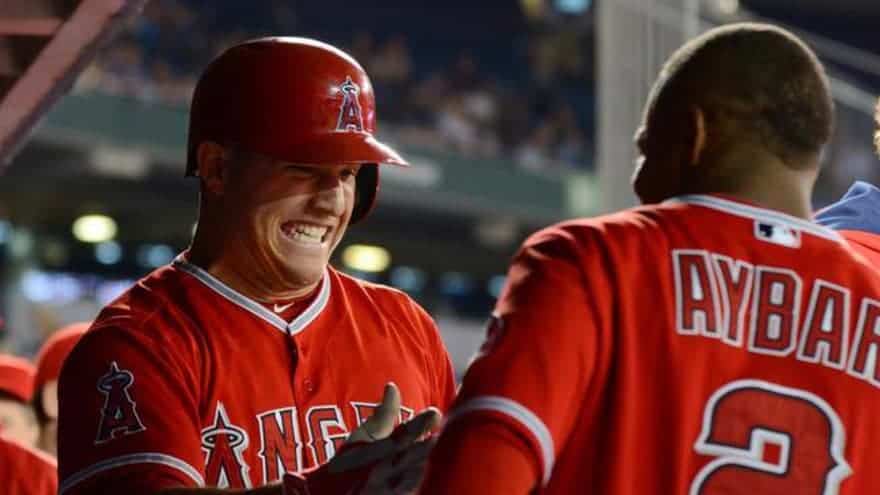 Posted in Halo News By TomWhitakerPosted on December 28, 2019 Angels MVP Mike Trout could possibly be the greatest baseball player, but he may have found his new calling after he hangs up his cleats. (Hopefully he won’t hang up those cleats for a long time) In the offseason, Trout goes back to his hometown of Millville N.J, where right now New Jersey is in the middle of a snow storm.

Trout went on to tell the news that nearly 40,000 people in Jersey mainly by the shores have lost power for a decent amount of time. Mike Trout took to twitter to show his fans and family how crazy it is in the Blizzard in Jersey with a short video.

Fun Fact about Mike Trout: He follows about 17 different meteorologists and more than 20 weather-related Twitter accounts on the social media network. NBA legend Michael Jordan, Oklahoma City Thunder star Kevin Durant and the Denver Broncos’ Owen Daniels are also weather hobbyists. Maybe this is a true calling for Mike Trout. Trout even got a shutout from Cantore on twitter. “He’s as good at reporting weather as he is with baseball. Thanks for reporting for us Trouty!”

Trout may be reporting the weather this offseason, but in a couple short months he will be rejoining his team for the 2016 Spring Training.