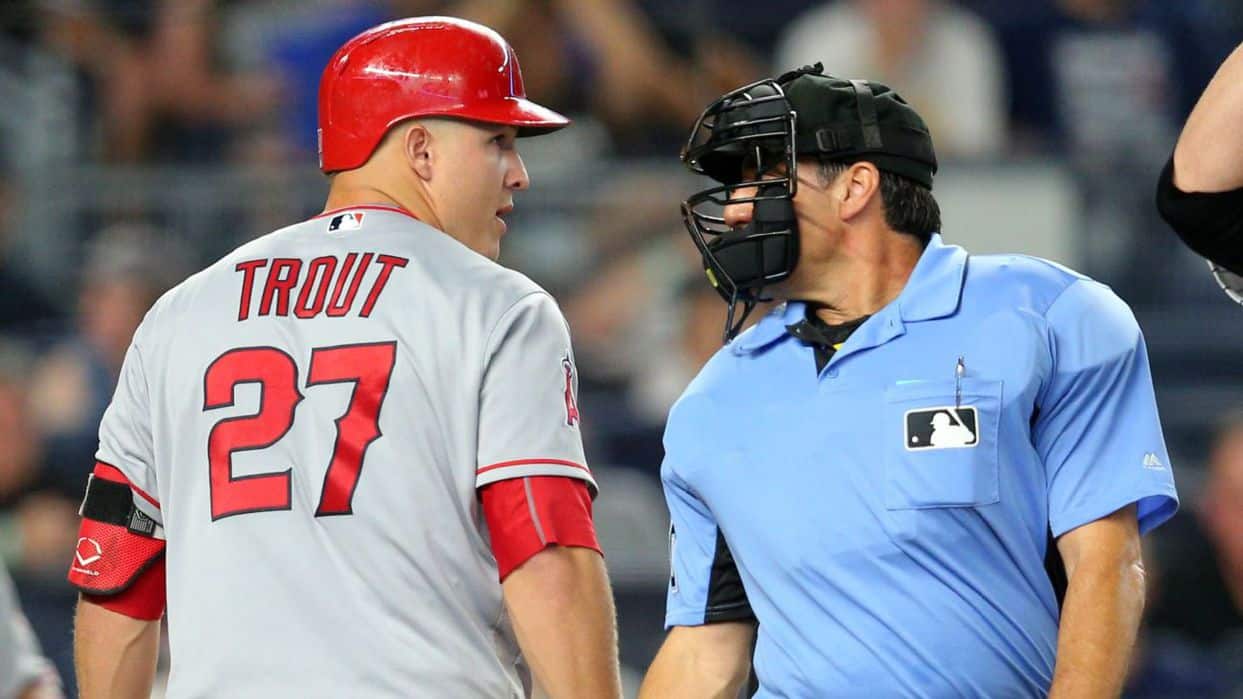 Spring Training is a time where up and coming players get the chance to showcase their skills for a possible roster spot on an MLB team, the same goes for the umpires. Angels MVP Mike Trout appears to have the helping hand as he is giving away a helpful suggestion that will help young umpires in the industry.

Reports from ESPN’s Buster Olney showed that the two-time MVP suggested that officials should only run five or six innings during Spring Training, and turn over the last innings to umpires who are a work in progress.

This is a great idea as it gives umpires the experience needed to become better at their profession. A couple of veteran umpires went on to talk to Olney about the suggestion as they praised the idea.

3 Angels Players That Could Be Traded This Season

Trout’s suggestion was loved so far by the baseball officials and may be brought to attention closer towards the next Spring Training.

Of course, I have to agree that the suggestion is a great one. As Olney notes, the turnover rate for umpires every year is relatively low, so younger, less-experienced umpires have few opportunities to get a feel for what it’s like calling major league action. Even beyond the actual interpretation of the rules, interacting with big league personalities would also be helpful for minor league umpires.