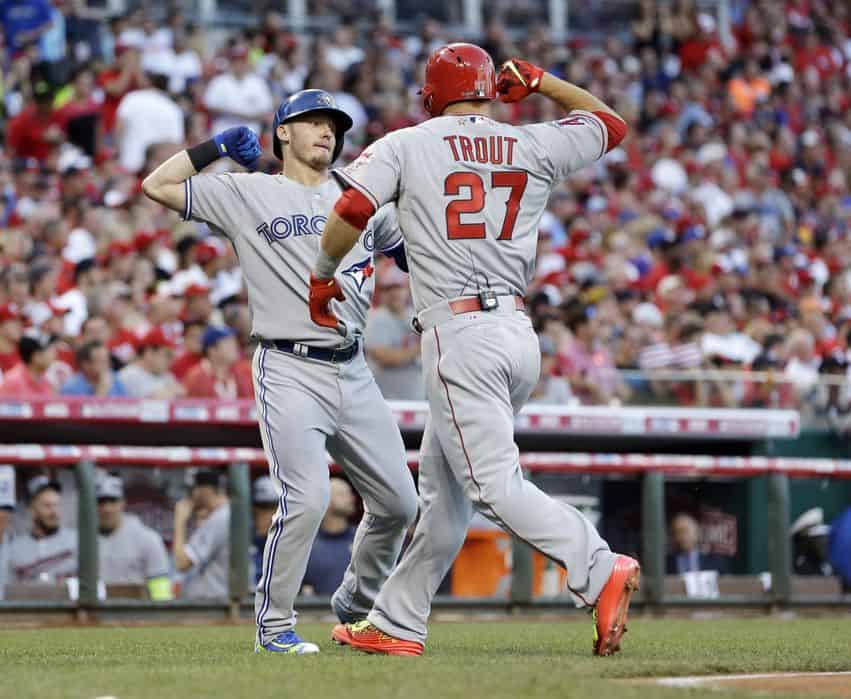 Cincinnati – Los Angeles Angels of Anaheim Outfielder Mike Trout went 1-3, with a Solo Home-Run in the First Inning as he led the American League to a 6-3 Victory over the National League. Trout also finished with two runs and a walk. The best player in baseball, won the All-Star Game MVP for the second straight year for his efforts and performance in tonights game.

Mike Trout was a key factor early on in the game, as he was aggressive on the bases, and powerful at the plate. Trout showed great leadership also in the outfield as he started in center field for the second straight year.

In Last Year’s All Star Game Mike Trout went 2-for-3 with a double, triple and two RBI’S in the American League’s 5-3 win in the All-Star Game.

Mike Trout is the best player in the baseball right now. More Info to come from this historic night for Trout at the All-Star Game.