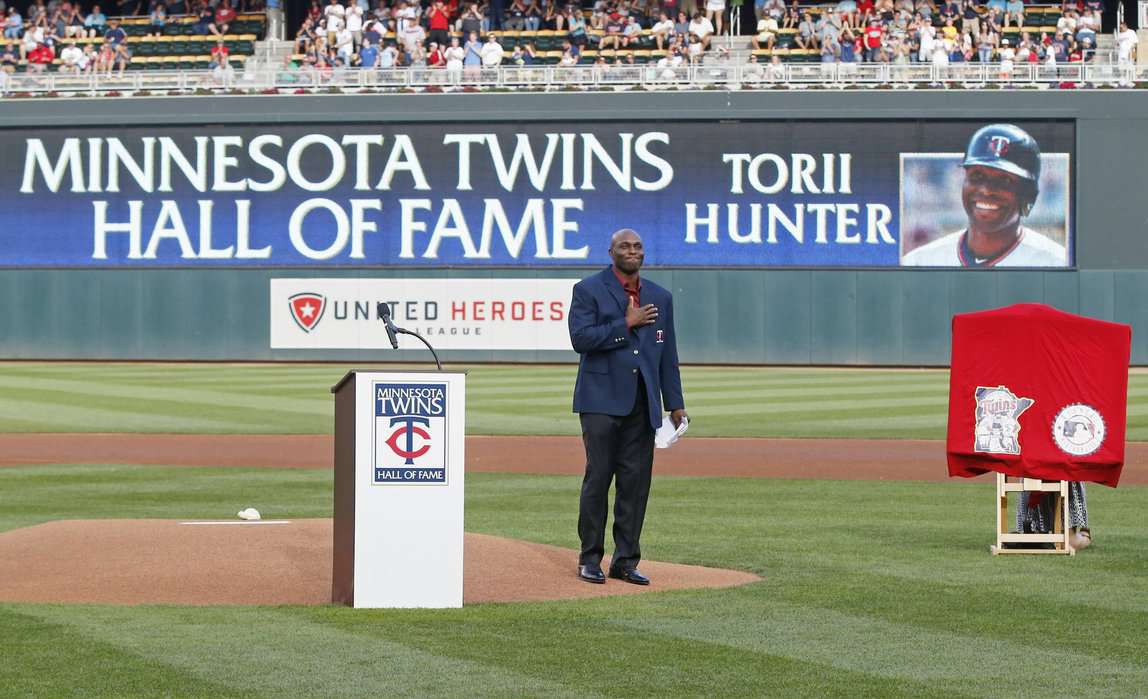 Posted in Halo News By TomWhitakerPosted on July 31, 2020

Hunter’s ceremony will be emceed by TV broadcaster Dick Bremer and will include a video tribute including current and former Twins. Eddie Guardado and Rod Carew will also be part of the ceremony, and Hunter’s Hall of Fame print will be unveiled on the field.

Hunter will also throw out the ceremonial first pitch to manager Paul Molitor. He played 12 of his 19 seasons with the Twins and was a five-time All-Star.

Hunter also was a 7 time Gold Glove AL Winner with the Twins, as well as hitting 192 home runs. Tori was an outstanding player for the Twins organization as well with the Angels.