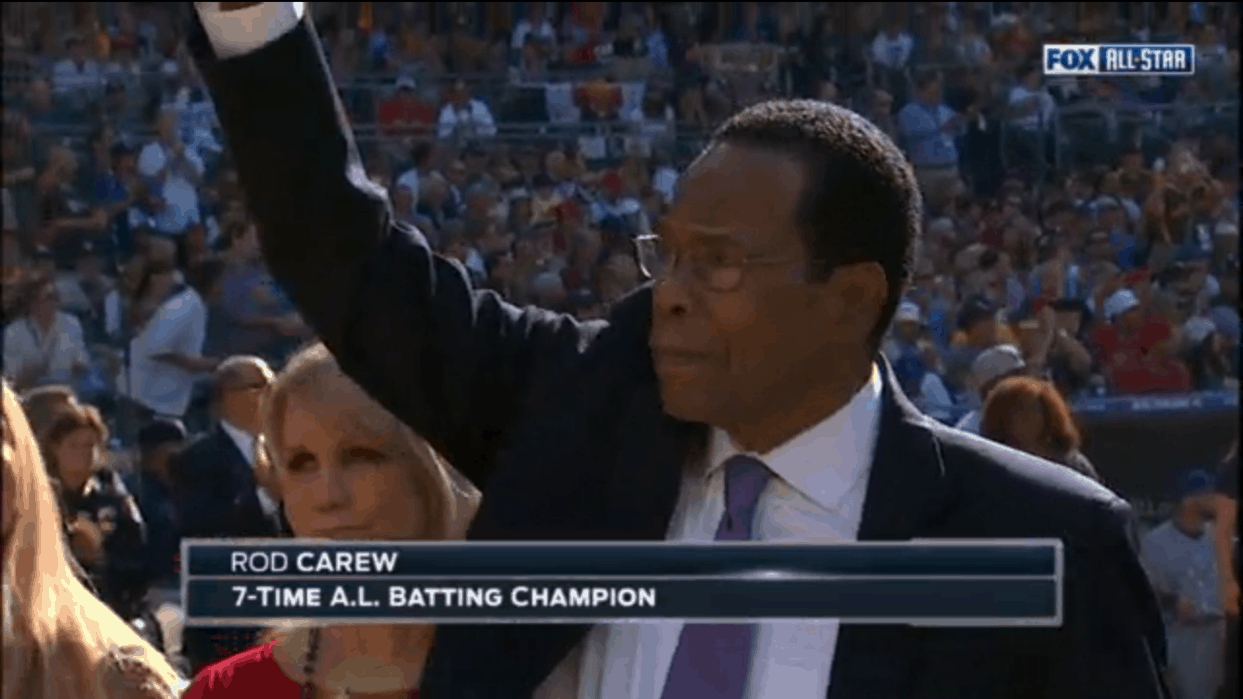 Posted in Halo News By TomWhitakerPosted on July 29, 2020

The All-Star game is underway, but before the first pitch, The MLB recognized one of the top hitters in the league. Angels Rod Carew came onto the field to accept an award that will go under his own name for the AL Batting Title.

Carew was one of the most dynamic players in the MLB. He will stay that way for a while because of his stats. Here is a little information on Carew.
Had a career BA of .328 which is practically unheard of and makes him one of the greatest Angels to ever play for our team. Since even though 12 of those years were played in Minnesota, in just his 8 years with the Angels he put up a .314 BA, .39 OBP (Which is about .11 away from on base half the time),  and a slugging percentage of .392. Also he has 6 straight All Star Game appearances for the Angels, which means that he was playing at a very high level to be picked 6 straight times.
Congrats to one of the all time Angels!
MLB will name AL batting title The Rod Carew American League batting champion
Scroll to top