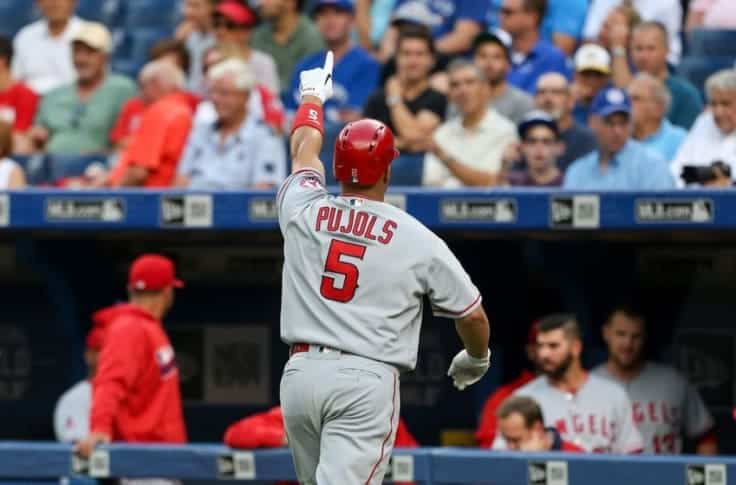 Posted in Halo News By TomWhitakerPosted on June 2, 2020

With Albert Pujols’ recent homerun, his 24th of the season, he claimed sole position of 10th on the all-time list. His 584th homerun of his career pushed him ahead of Mark McGwire.

As many baseball buffs and historians believed, the records of Hank Aaron and Babe Ruth seemed as though they were not going to be beat, hitting 755 and 714 homeruns respectively. This was true until Barry Bonds came along and hit 762 homeruns across a 22-season long career. Though the record may be tainted by a PED scandal, it still stands.

Currently, the only active player ahead of Albert Pujols is Alex Rodriguez, who is 4th on the all-time list. Rodriguez has 9 homeruns this season and 696 in his career.

Other active MLB players on the all-time list include David Ortiz, who is 19th overall, Miguel Cabrera, who is 44th overall, and Adrian Beltre, who is 45th overall.

As far as single-season homeruns are concerned, Pujols, Trout, as well as 6 others are tied for 32nd with 24 homeruns each. The current leader for 2016 is Mark Trumbo with 38.

Barry Bonds also holds the single-season homerun record with 73, a record which has stood since 2001.

As far as the Angels are concerned, both Trout and Pujols have 24 homeruns, which leads the team. They are followed not-so-closely by Kole Calhoun, with 12, and C.J. Cron, with 11.