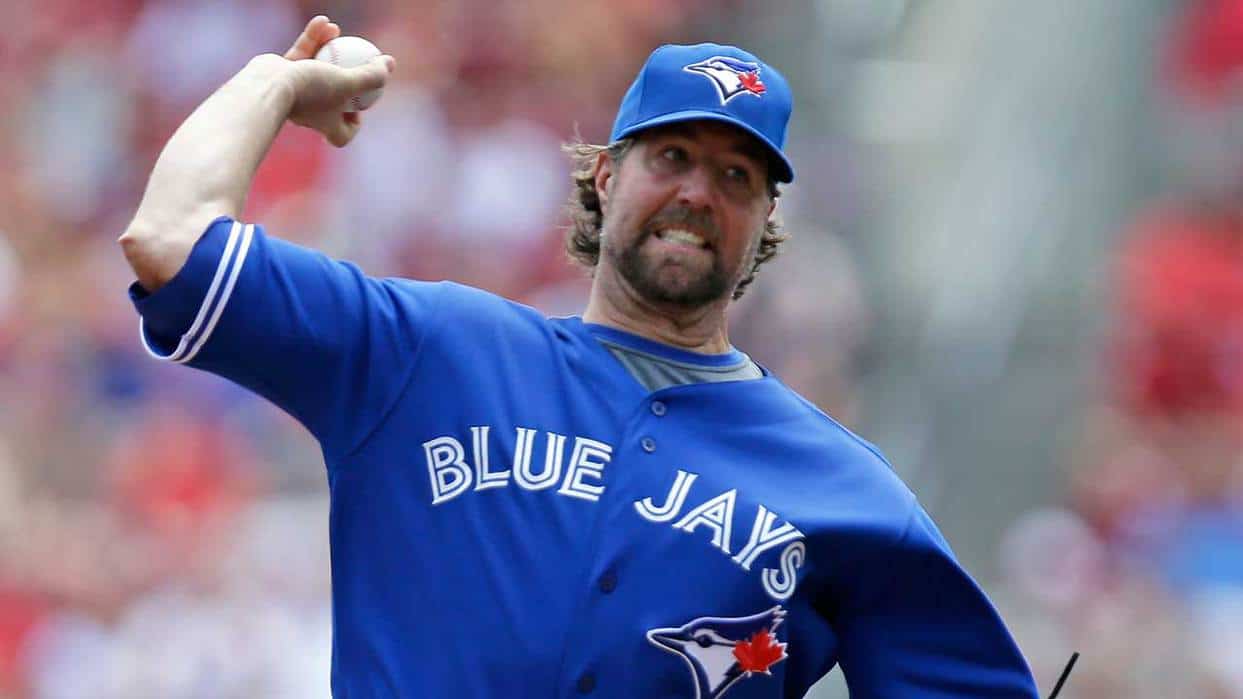 Posted in Halo Results By TomWhitakerPosted on November 27, 2019

R.A. Dickey too much for Angels

Anaheim- The Los Angeles Angels looked to win the series against the Blue Jays with Matt Shoemaker on the mound. Shoemaker last outing was nothing but perfection, as he got his first win in his last four pitching starts. However Shoemaker fell back into some bad habits as the Blue Jays took advantage of those mistakes. Marc Krauss gave the Angels and Shoemaker an early lead as he homered in the 1st to give the Angels a 1-0 lead. Last night Marc Krauss was the hero as he gave the Angels the win with a 2 RBI Double. Read about it here. Besides the early homer, it was all Blue Jays in Toronto.

Matt Shoemaker would give up eight earned runs and hits as Shoemaker only lasted six innings. The big difference maker was Edwin Encarnacion’s home run in the 5th inning that gave the Jays a much needed 6-1 lead. With that lead, R.A. Dickey was in control and had the Halos swinging at all of his knuckle balls. R.A. Dickey was too much for the Angels. R.A. Dickey went nine innings, (Complete Game) and only allowed four runs and five hits. Dickey also striked out seven halos. In those four runs given up by Dickey, David Freese had three of them. Out of the stellar performance by Dickey, Freese was the only Halo Batter to really hit off of Dickey. David Freese went 2-4 with 3 RBI’S including this double in the 7th to bring in Mike Trout below

Angels lose to the Blue Jays by the score of 8-4.

R.A. Dickey too much for the Angels, as they drop series finale
Scroll to top